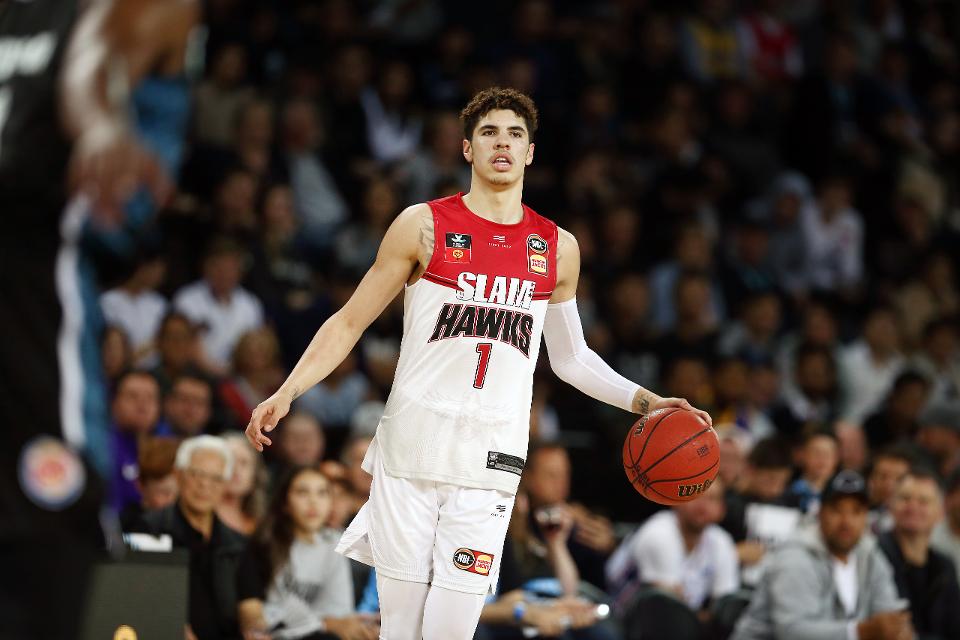 That’s right, ladies and gentlemen. The NFL Draft season has been past us for awhile now, but once again, it is Mock Draft season. Rumors are beginning to spread and predictions are being made. Therefore, we thought we should get involved with the mock drafts, too. So, here is our first NBA Mock Draft for the 2020 NBA Draft in October. (I know, weird right?)

Looking at the Warriors lineup, the void on their roster is a center. They’ve gone through quite a few centers throughout the last 5 seasons, most notably Ezeli, Pachulia, Cousins, and McGee. Although I don’t think Wiseman is the best player in this class, I see the Warriors drafting based on need, and they’ll take the best Center in the draft.

There is so much potential for LaMelo, and much more than there ever was for Lonzo or LiAngelo. There have been rumors that the Knicks are preparing to trade up for the lengthy point guard, but if they aren’t in position to get him, I don’t see any team passing up on him. The Wolves create their “Big Three” with Ball, KAT, and D-Lo.

Anthony Edwards appears to be a consensus top 3 pick in this class, and that’s just where he’ll go. Not only are the pistons drafting a position they need, they’re drafting the best player available and the #2 player on my big board. Edwards is an explosive guard who can handle the ball, shoot consistently and even play pretty well on defense.

This just seems like a classic Hornets pick, does it not? They are a very weak draft team, with picks like Cody Zeller, Frank Kaminsky, and Bismack Biyombo haunting them for years. They get it wrong again by not taking Obi Toppin.

No more than a year ago it would be crazy to see Toppin this high, but after last season, the reigning NCAA player of the year has earned a top spot. Toppin can do it all, shoot, play defense, and get to the rim with ease. The Cavs make a smart pick here, which seems a little out of character.

Go on YouTube or Twitter and watch some of this dude’s highlights. The last international prospect to go in the first six picks was a guy named Luka Doncic. And believe it or not, this guy has the potential to be just as good, especially when paired with Trae Young.

Here we go with another pick that just makes sense. The Knicks are no stranger to taking European players with an early pick as they took both Ntilikina and Porzingis within the last 4 drafts. Taking another French guard who will certainly underperform expectations (if Hayes has any) in my opinion is exactly what the defunct Knicks will do.

The Bulls are one of the messiest organizations in the entire league right now. Their “star” player, Zach Lavine, wants out, their head coach who had zero control of the team, was just let go, and they have lacked a big name player since Jimmy Buckets left. Okoro has a lot of potential to come in and be that next guy for them.

Anthony is someone who saw a lot more attention earlier in the season and has fallen a little bit. When healthy, Anthony was pretty much the only bright spot for an unusually bad UNC team. He is a great offensive weapon and should be considered a steal at pick 9.

Suns keep it local with this pick here and take the redhead from the Wildcats. A nice guy to lead the point, Mannion will get a good mentor in Ricky Rubio to learn how to dish it to franchise stars Booker and Ayton.

Some think Haliburton should go higher than this, and I agree to an extent, but this is all about what we think will happen. Haliburton is a lengthy guard who can do it all on offense with solid defense. Thinking about it, he just seems like a Spurs player. San Antonio gets a solid guard here.

This pick may not make a lot of sense to some people. But the way I see it, there’s always that one team that seems something in an international prospect no one has heard of. Well, meet Aleksej Pokuševski, Sacramento’s newest project.

Another need based pick here. Yes, the Pelicans have Jaxson Hayes and occasionally play Favors at center, but Favors is definitely more of a forward. Carey has a nice touch in the paint, and although he isn’t the tallest of centers, is able to take almost anyone in the paint.

Oturu is a guy who leaped up a lot of draft boards after his stellar season with the Gophers. And Portland needs someone underneath. You think Hassan Whiteside is the guy? He’ll probably be gone after this year to free agency. He’s going to want more money than Portland will pay him.

Don’t look too much into Maledon’s per game stats, because you won’t be very impressed. However, his stats per 36 minutes aren’t bad at all for a teen playing pro ball. Maledon isn’t a scoring machine but has great handles and ball control while able to dish it out as well.

Any 6’10” small forward is going to have a lot of upside. And the Wolves will notice that potential. They initially wanted Oturu or Carey to put alongside Towns, but Naz Reid is showing potential to move into that spot soon. Plus, they’re taken. They take the talented forward from Washington.

Another player who has taken a bit of a fall since last year, Hampton did alright in NBL play. His per 36 minute stats are much better than his per game stats, but this shouldn’t be a deterrent. Hampton is a solid all around SG and getting him here is a steal for a young Celtic team.

Jay Wright creates talent at Nova. There are guys in the league who are great role players, and Bey could turn out to be more. In the meantime, he’s a nice three-point addition in Dallas.

Vassell is the real deal and would go higher if it weren’t for the needs of other teams. He has length and shoots lights out while playing defense at an elite level. He holds one of the higher defensive win shares in the draft and an even higher offensive number. Incredible addition to an already top of the conference Bucks team.

Speaking of talented three-point shooters, Brooklyn takes Tyrese Maxey at 20. They could have taken him at 16, had they not traded their pick to the Wolves. However, it all works out, and they get him later.

Achiuwa here is a total steal. He is a fantastic rebounder, is able to bully guys in the paint, and retains the ability to knock down a deep ball. Adding him to a fairly young Nuggets team, who still has Michael Porter Jr to look forward to could make them a danger in the West.

This guy was impressive at Vandy when he was healthy. He had a great freshman year, increased his draft stock by returning, and played well until his injury in late January, which forced him out for the year.

Perry won’t light up the scoreboard or knock down tons of jumpers, but he’s great on the low block while maintaining the ability to knock down mid-rangers. He will grab boards and put back plenty of misses. Solid pick here for the Heat.

Playing next to top 10 prospect Nico Mannion put Josh Green in the dark just a bit, but don’t be fooled. He can ball. His jump shot needs work, but he’s a great defender already.

A solid guy to put at the 3 who can also shoot the 3. He’s a tad undersized to play at the 4 but has the talent to do well all around. A little early for Nwora, but he goes at 25 to OKC.

A guy I think could definitely go higher, Smith would be a steal for the Celtics at 26. They can use some help in that area.

Arizona big men have had some recent NBA success in Ayton and Markkanen, so why not Nnaji? He’s got the rebounding ability and can hit a mid range jumper, but needs to develop a more consistent deep shot if he wants to keep up with this evolving shooting league.

A very important player at Michigan State, Tillman is a forward who has gotten more attention as it looks like he’ll be heading to the draft. Alongside Cassius Winston, h

Ramsey will make a fantastic addition to the Lakers, who lack an explosive 2-guard. Ramsey can shoot the lights out and is one of the better defensive guards in the draft, averaging nearly a block a game and 1.3 steals. Phenomenal late round steal here for LA.

One of the best players in the country, Dotson’s NBA potential has come into question due to his size and lack of a three-point shot. However, he’s explosive and can learn a lot from Kemba.