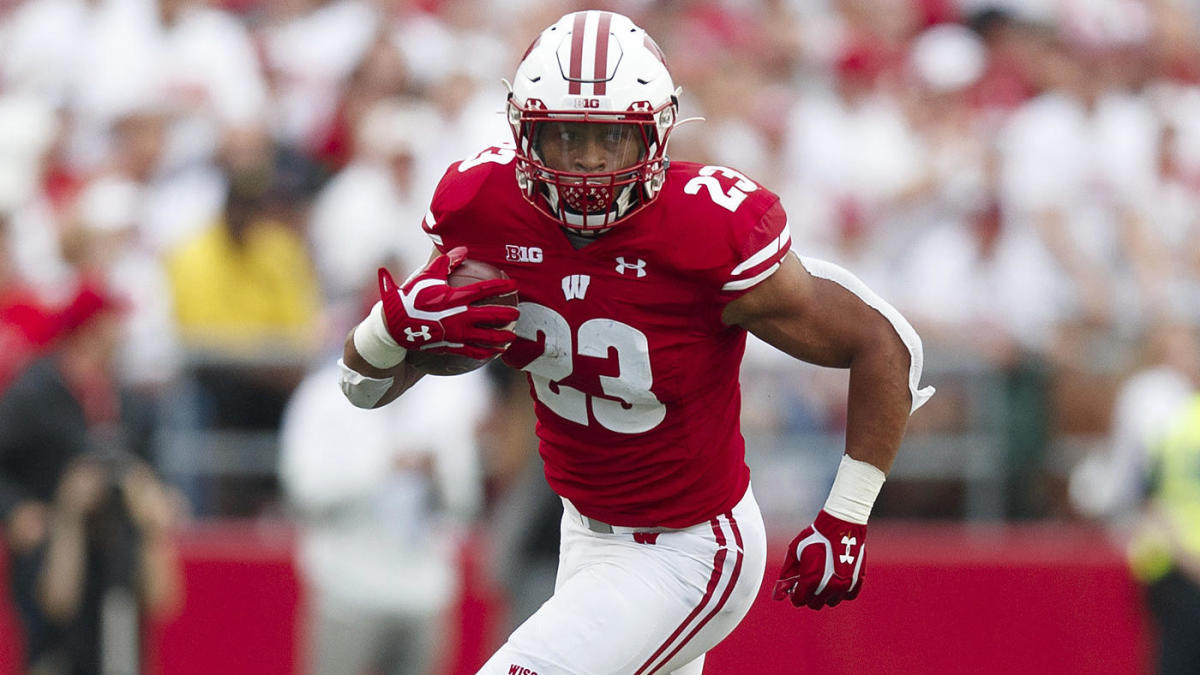 Badgers football fans are jumping around in Madison. Coming off the heels of a home domination against Michigan 35-14, this team is clicking. Only three games in with Big Ten play beginning to heat up, there is a lot left to conquer, but there is a lot to be excited about with this team.

Jonathan Taylor is the heart and soul of this Badgers team, as the Heisman hopeful has racked up 440 yards and 7 touchdowns in the first three games.  He has been one of the best running backs in college football for three years straight, and with the NFL draft looming, this is his year to make a push for the Heisman and the playoffs. To help JT, starting quarterback Jack Coan, Long Island native, has looked like just what Wisconsin ordered. 700 yards, 5 touchdowns and 0 interceptions is exactly what this team needs out of the quarterback position, a clear step up from Hornibrook last year.

What truly puts this team over the top is the athletic playmakers that are there to complement JT and Coan.  Quintez Cephus has come back looking like an absolute stud. Danny and AJ Davis have also been making a difference and making Coan’s job way easier.  When you add guys like tight end Jake Ferguson, and monster backup running back Nakia Watson, you have quite the offense.

On the other side of the ball, this defense has let up 14 points all year, both in the second half to Michigan.  These guys are playing together and playing hard, turning the ball over 8 times this season. This is a defense that is ready for the big games later in the year against Michigan State, Ohio State and Iowa, where they will be needed.

When it comes to playoff aspirations for the Badgers, it is extremely realistic.  With three more games against ranked opponents, there is opportunity for this team to move up and stay on top of the rankings.  Of course playing in Columbus is tough, but the Badgers could afford to lose that game. There is room for this team to lose that game, as long as they win the rest of their games which would put them in the Big Ten Championship game against, guess who? Ohio State.  Win the Big Ten championship game against Ohio State as a one loss team, who’s only loss was against Ohio State, and the Badgers find themselves in the College Football Playoff.

Although the country’s reaction to the Wisconsin-Michigan game was that Michigan is overrated, the reaction should be that this Badgers team is legit.  An extremely balanced offense that has a Heisman hopeful, along with a shut-down defense and a bunch of opportunities to prove themselves to the rest of the country.