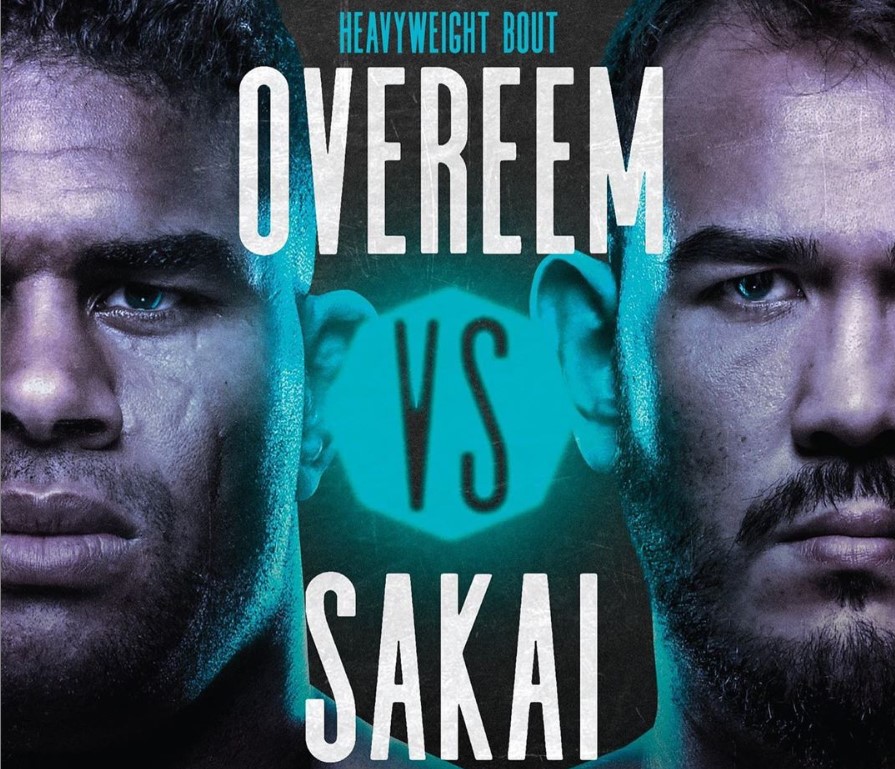 MMA legend and perennial contender Alastair “The Demolition Man” Overeem fights Brazilian up and comer Augusto Sakai in tonight’s main event. Overeem has held championships in every promotion he has fought in besides the UFC, but the 40 year old believes that he has one more title run in him. Sakai on the other hand faces by far his biggest challenge to date in Overeem. Sakai is coming off 6 wins in a row that include 4 KO/TKO and wins over veterans like Blagoy Ivanov and Andre Arlovski. Overeem is coming off an impressive KO/TKO win over the dangerous Walt Harris where Overeem truly displayed his experience after he was seriously hurt early in the fight. Overeem knows that he has to string a few more wins together to earn his title shot, and the #9 ranked Sakai is a tough fight, but another good name to add to the list. For Sakai, a win over #5 ranked Overeem brings him closer to the top 5, and it would be by far the biggest win of his career.

“The Demolition Man” has had 65 professional fights. 65! He will use all that experience against Sakai and mix up his world class kickboxing and his high caliber grappling to try and get the win. Although Overeem was previously seen as only a kickboxer due to his kickboxing record and skills, he has developed a fantastic clinch and wrestling game as well. He will try to take Sakai to the ground where the Brazilian has not been tested very much. Sakai has a lot of power in his hands, and he likes to keep the fight standing. Along with that power, his hands are also very fast for the heavyweight division. He will look to keep the fight standing as much as possible and land combinations on Overeem. Sakai also lands good knees and elbows in the clinch. This fight is extremely exciting for fans because it is a classic veteran vs. up and comer matchup.

Overeem to win (-170)
Alastair Overeem will prove to be too much for Augusto Sakai. He has way too much experience in the octagon and will not get caught with Sakai’s shots. Overeem has multiple ways to win on the ground and on the feet.

Pereira by KO/TKO (+135)
The explosive Michel Pereira will use his striking from different angles to land and finish Zelim Imadaev who is 0-2 in the UFC. This fight will be very exciting because both these guys are quick and like to strike, but I believe that Pereira gets the KO/TKO victory.

Moises to win (-150)
If Thiago Moises gets Jalin Turner to the ground which I think he will, he will be able to either submit him or land ground and pound. Moises is phenomenal on the ground and already has 6 submission wins as a 25 year old.

Kelleher to win (-175)
The 34 year old Brian Kelleher will beat Ray Rodriguez who is taking this fight on 2 days notice and will have a tough time against the battle tested Kelleher.