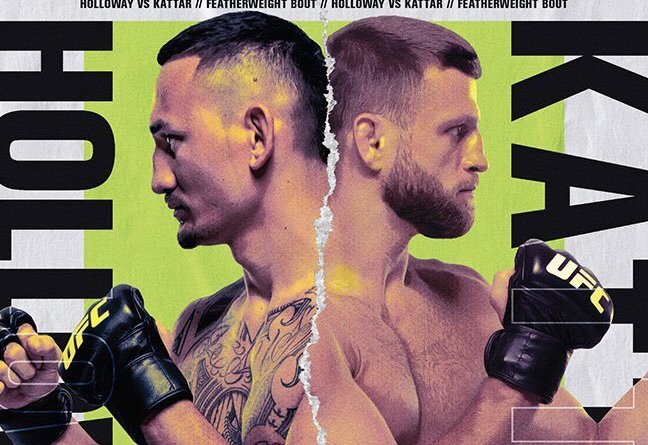 Happy 2021 everyone! We are back, the UFC is back and FIGHT ISLAND is back!!!

First I like to take this chance to apologize for the worst UFC betting performance of my life. I thought the underdogs were barking on “UFC 17 Fight Night” turns out I was wrong. It’s because most of the time in UFC, “Square is sharp”

The “tentative” plan for blogs for 2021 is to give you a little info on the match up and then a prediction. If you want to see my parlay for the entire card and my 3 best bets then you can scroll down to the end of the article. As of right now, I will have a blog out Tuesday for the January 20th card and I will have another preview blog Friday for UFC 257.

UFC Fight Island 7 is the best card in these next couple cards happening this week. Top to bottom this card is LOADED. Remember the prelims for this card start at 12 pm EST and the main card is on ABC at 3 pm so get your bets in early!!!!

I think this is going to be a really competitive and fun fight, but I think Holloway pulls away later in the fight. Don’t sleep on Kattar, he’s looked great and could be on the rise as the next best contender in the featherweight division. I got Holloway by decision.

This fight between these two legends has me excited. Lots of trash talk this week. I’m a little upset because both are out of their primes. I think they both want to go out on their shield since this could be both of their last fights in the UFC. I just see Condit as the better fighter right now.

Ponzinibbio is coming off a 2-year layoff but he’s won 7 straight. I’m interested to see just how good he looks. Back before his injury, no one would last very long if they would stand and strike with him. With that being said I think Ponzinibbio gets a nice win here and starts his climb back up the rankings.

Di Chirio isn’t a slouch but this is clearly another fight to build hype for Buckley. He had the knockout of the year in 2020, and UFC has shown legitimate interest in building and billing him as a knockout artist. They throw him a trash can on national television so the world can see how dangerous Buckley is. Buckley by KO.

There is not a lot of experience between both these fighters in the UFC. I love what I’ve seen from Todorovic so far in his short career. I bet him his last fight and made money. I’m doing the same this time. He’s a smart fighter and I’m picking him to get the W in this match up.

This is going to be an exciting heavyweight contest. I like Felipe a lot here. He’s got an iron chin and that alone can get him to at least a decision victory.

Emeev could be the next big contender in the middleweight division. To some viewers this fight might be a little boring. Look for him to score big here and hopefully finish the fight.

Hawes is a tank. He should dispose of Imavov quickly. I had the opportunity to bet on his last fight and I’m confident in him again. Watch for his counter, it could be a KO waiting to happen.

I really like a lot of these fights so I’m doing 3 separate parlays this week. One will be the Tony Scraps Parlay, the other will be my 3 best bets, the third will be all the fights I absolutely love tonight.

Fights I Love For Tonight

It’s good to be back folks, enjoy the fights!!