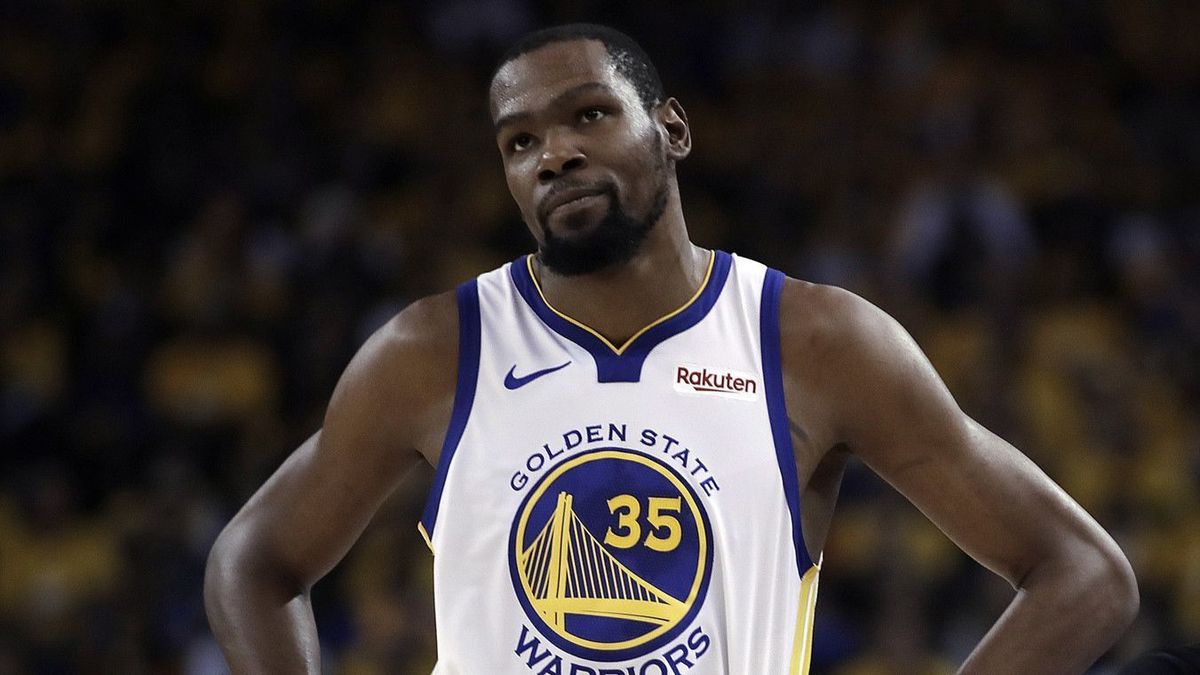 Kevin Durant is an all-world talent. Since breaking into the league at the age of 19, Durant has made 10 All-Star teams and won 4 scoring titles, 2 Finals MVPs, and one regular season MVP. In the summer of 2016, his decision to join forces with the already super-team in Golden State was viewed as an all-time weak move, but Durant has never looked back. He has been an integral part of the Warriors win back-to-back championship teams, and continues to be their number one option as they pursue a 3-peat. Last night, Golden State completed the sweep of Dolla-Dame and the Portland Trailblazers to advance to their 5th straight NBA Finals. One important thing to note, Durant was out with an injury the entire series.

Durant has not played since the 3rd Quarter of Game 5 vs. Houston. Because of this, Golden State had to adjust their gameplay for the Western Conference Finals. With KD out, many doubted if the Warriors could still be a force, but doubt no more, because the Warriors have not missed a step, in fact, I’d argue that their better without him. Although everyone knew they would win the series, the Clippers took them to 6 games in the first round, and Houston looked like they had a shot as well. Once KD’s calf injury occurred, the rest of the team stepped up and took care of business. Watching Golden State rip through the Blazers was refreshing (that was a Rip City pun incase you missed it). I missed seeing the ball-movement, the Draymond triple-doubles, and most importantly, Steph Curry carrying the load.

The Warriors offense has completely opened up without KD. Steph Curry and Draymond Green have both stepped up in big ways. Against the Blazers, Curry reminded everyone why he is a two-time MVP by recording a 37-point triple-double in the series clinching Game 4 and scoring at least 30 points in every other game of the series. Another takeaway from this situation is the rebirth of beast-mode Draymond Green. Green had a triple-double of his own in Game 4 and has looked like a completely different player without Durant. Green has shown that he is still a high-level playmaker. The Warriors have thrived without Durant this postseason and look like they’ll be just fine without him if he walks this summer during Free Agency.

This Durant-less Warriors team is likable and I’m officially rooting for them in the Finals if Durant stays hurt. I am not sure how’d they match up with the Bucks or the Raptors without Durant, but Curry has proven that he is still as great as he was a few years ago, which should scare everyone. I hope KD continues to sit out for the entire Finals, especially because I need him nice and healthy for the Knicks next season.