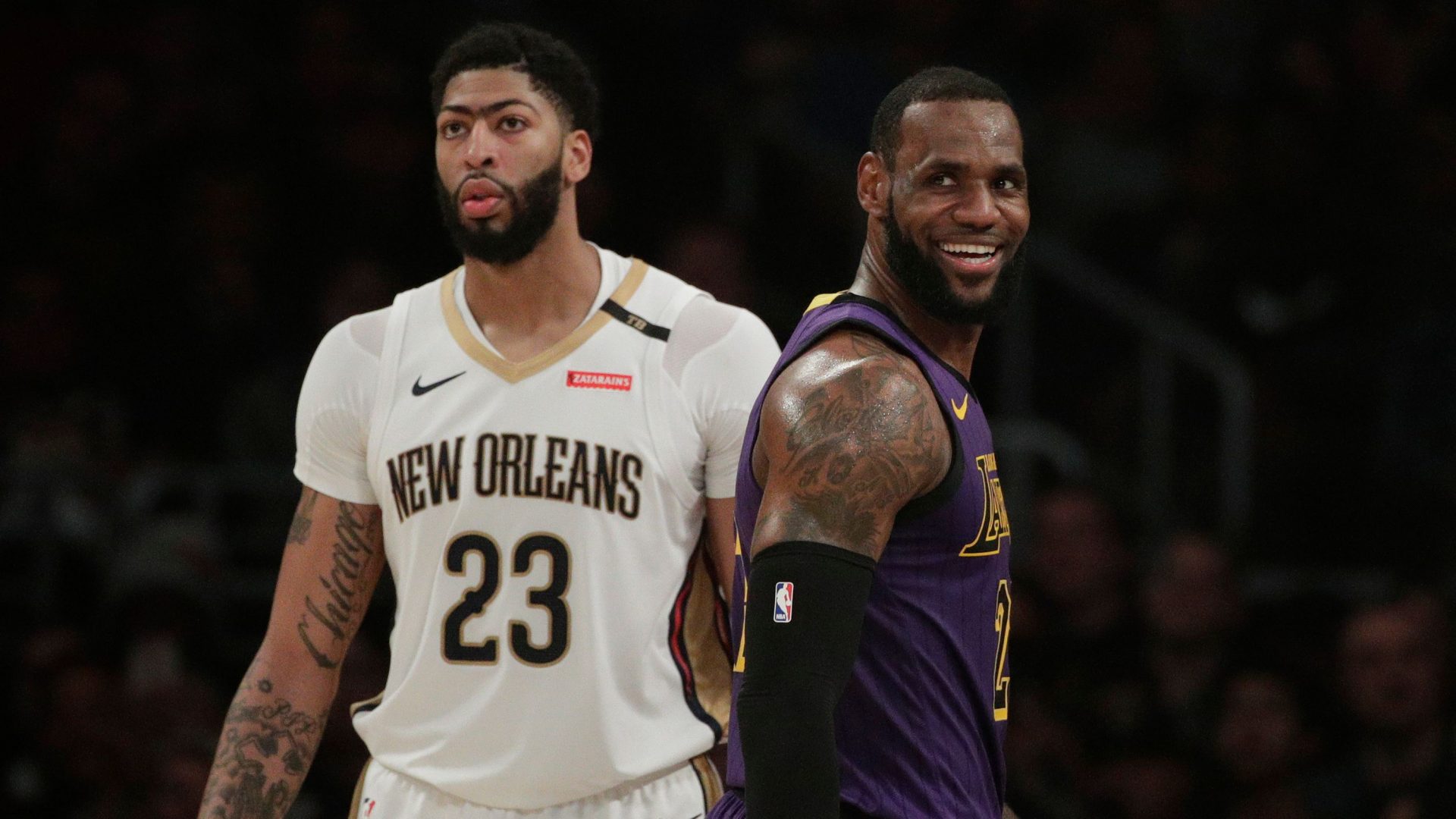 Last night, the New Orleans Pelicans shocked everyone, including themselves and Zion Williamson, by winning the Draft Lottery with only a 6% odds at doing so. Williamson is without a doubt an explosive talent, comparable to almost no one, but the Pelicans have another star on their team.

Superstar Anthony Davis has been arguably the best big-man in the league since his debut in 2012. The six-time All-Star has played all of his seven seasons in New Orleans, but last year stuck out like a sore thumb. Davis, who is one season away from hitting the free agent market, requested a trade from the Pelicans a week before the deadline in early February. As a fallout from this and a failed attempt to trade him to the Lakers for their entire roster, the disgruntled superstar was faced with extremely reduced minutes including almost no 4th quarter action.

With the Pelicans winning the Lottery last night, it was assumed that Davis would change his opinion on the team, since Zion is without doubt going first in the draft. Unfortunately for the NOLA fans, Shams Charania from The Athletic didn’t waste time informing everyone that Davis still wants to get out of “The Big Easy”.

With a player of Davis’s caliber presumably on the trading block, it begs the question, “Who has the assets to even get Anthony Davis?” The answer is so simple, yet so complicated. The trading partner with the Pelicans must be willing to give up a lot of young talent and numerous future picks. At the same time, no team will trade for Anthony Davis without knowing that he would resign with them after the season. During last seasons saga, Davis seemed most interested in being in a big city like Los Angeles or New York. With all of that in mind, there are two teams who fit these criteria.

In their first year with LeBron James, all Lakers fans were disappointed, as they failed to make the playoffs. Like the Pelicans, the Lakers also lucked out in the Lottery, as they ended up with the 4th pick in the Draft. The Lakers also happen to have a roster full of young and tradable talent. With players like Lavar, I mean Lonzo Ball, Kyle Kuzma, Brandon Ingram, and Josh Hart, and a top-5 pick, there is no reason to think that they couldn’t come up with an offer for to satisfy the Pelicans needs. Another enticing aspect to this scenario is the fact that Davis and Lebron share the same agent, Rich Paul, who desperately tried to pair the two up last February. If Davis were to be traded to “La La Land”, I would be surprised if he didn’t immediately sign an extension.

The Knicks, who continue to make me cry myself to sleep, ended up with the 3rd pick. Although dropping to the 3rd pick was not what their fans were hoping for, the pick does hold a lot of value on the trade market, especially when it comes to potentially acquiring AD. In addition to their high pick, the Knicks have a surprisingly large amount of high potential players. Kevin Knox, Mitchell Robinson, and Allonzo Trier all had promising rookie campaigns, and players like Damyean Dotson and Dennis Smith Jr. are young enough to provide a lot of value to a team. Frank Ntilikina is still very young, and not everyone has given up on him like I have. Overall, the Pelicans would not turn down having 2 of the top 3 picks in the Draft in addition to a plethora of young players

I predict the Pelicans are going to move on from “The Brow” this summer. Davis has caused a lot of anguish within the locker room, and I do not think the Pelicans want Zion developing in a toxic environment. AD will be traded to the Lakers for their pick and probably 3 or 4 pieces of their young core. It is a lot to give up for just one player, but if they think pairing Davis up with Lebron will make them championship contender, then they will pull the trigger.