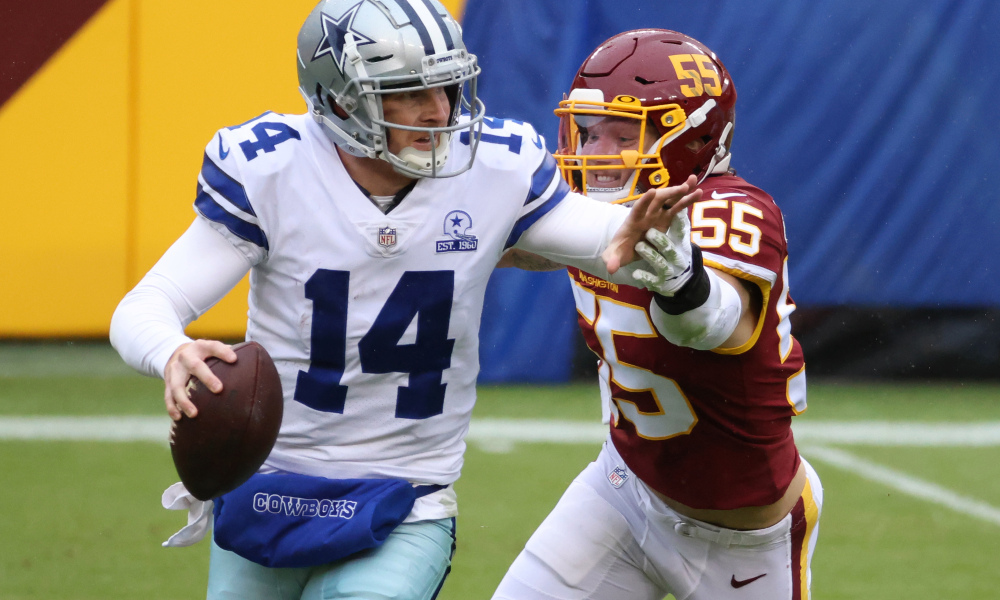 An annual tradition like no other: NFL games on Thanksgiving Day. Here in America, football fans gather around the TV with family and friends to watch some good football every year. 2020, of course, is already not allowing many of those traditions to continue. On Wednesday, the NFL announced the primetime matchup between the 10-0 Steelers and the Ravens is postponed until Sunday. With this game no longer happening, it is now down to two games to entertain us this Turkey Day. What are those two games you ask? Houston@Detroit and Washington@Dallas. Yikes. Well, at least the hotly contested NFC East race will get a primetime audience. With the NFC East on the Turkey Day slate, here is each teams path to the postseason.

Yes, we live in a world where 3-6-1 is in the lead of a real NFL division. We knew this division was bad, but wow, just embarrassing. Carson Wentz continues to be on a different planet from his MVP-caliber season in 2017, but the potential remains, and apparently, Eagles coaches are thinking the same. Maybe, he can eventually turn it around and make something out of the 2020 season, although he doesn’t necessarily have the weapons to do so. If the Eagles want to win the division, they have to count on continued mediocrity (to put it nicely) from the rest of the division and pull off a few upsets. Unfortunately, their QB and upcoming schedule isn’t doing them any favors.

Through 10 games, every final score for the Giants has been within 10 points, outside of the 36-9 beating by the 49ers. This includes the Steelers, Buccaneers, and Rams. The Giants play tough, they just don’t have the talent, especially without star Saquon Barkley, to pull off a lot of those close games. If the G-Men want a chance to take the NFC East and snag a playoff spot, they will also have to pull off an upset or two, and win a crucial Week 17 matchup against the Cowboys. Daniel Jones will have to keep improving at a nice rate, and a win against the Joe Burrow-less Bengals will be a good start.

Who would’ve thought that the Cowboys would have a real shot at the Division crown after Dak Prescott suffered a season-ending injury? At this point, the Cowboys are my favorite to win the division, especially if Andy Dalton can stay healthy. This offense is still loaded with talent, and the defense has to do just enough to not lose. As we saw in the win against the Vikings on Sunday, the Cowboys can pull it off. They just can’t count on 350+ yard performances from their QB to do it. As it turns out, they have just enough winnable games on the schedule to pull it off and host a playoff game. Yes, host a playoff game. Against a potential 12-4 team.

The Football Team’s defense remains the most fun aspect of the team to watch. That doesn’t necessarily bode well for the team, as you have to be on offense more to win games (duh). However, likely Comeback Player of the Year Alex Smith has playoff experience, and can maybe pull a rabbit out of his hat by leaning on budding star Terry McLaurin. This defense can absolutely hold some teams down, but they face an extremely tough next 4 games, starting with the aforementioned clash against the Cowboys on Thanksgiving. Crazier things have happened, I guess.