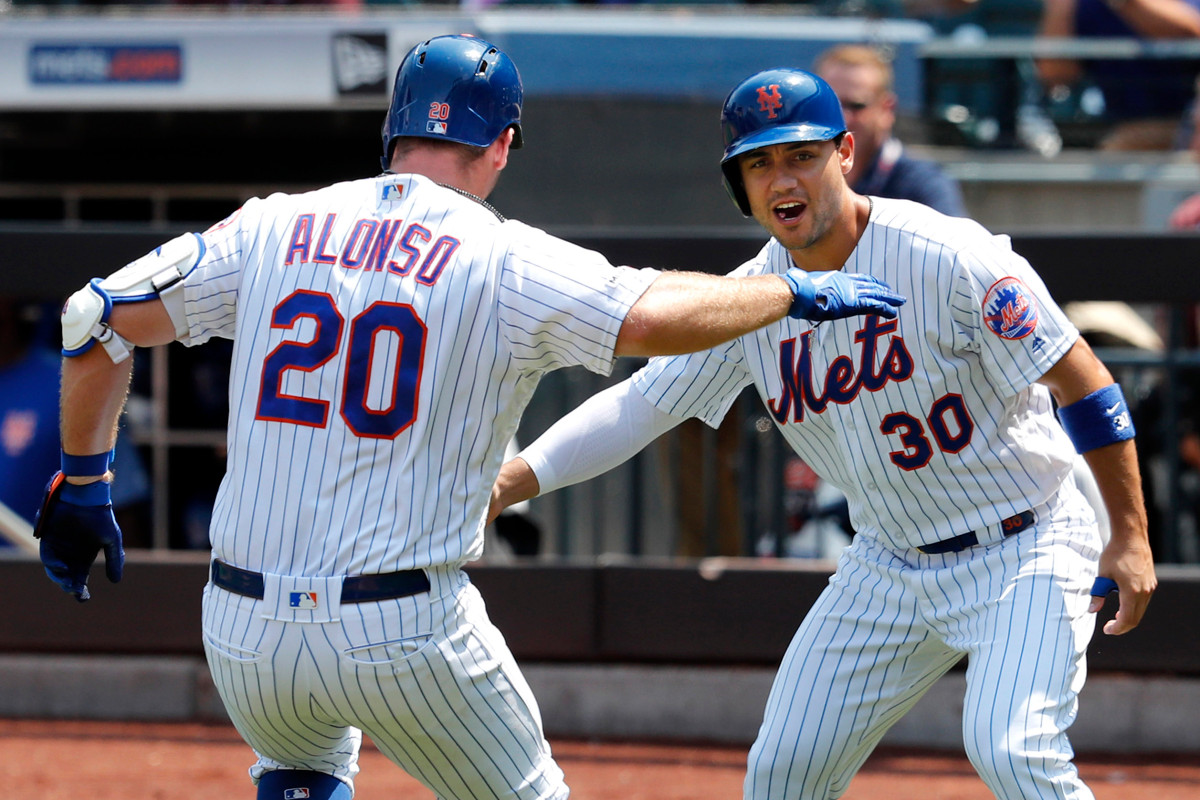 Alright seriously, the jokes are over. The Mets are officially the hottest team in baseball, and personally, I am jumping for joy.

By the time the All-Star break hit, I was crushed. I thought to myself, “yep here is another hopeless season where the pinnacle of the year was rookie Pete Alonso winning the homerun derby. All of us Mets fans were concerned over what was to happen next. Questions such as “will Mickey Callaway be fired?”, “Will the Mets be sellers at the deadline?”, “Was the Robinson Cano/Edwin Diaz trade a complete disaster?” became the vocal point of the Mets season. At the break that Mets were a complete disaster. They were 40-50 and all of these assumptions were probably correct.

I had family and friends texting me saying that Pete Alonso is going to be traded in a couple of years because your team stinks. Now, I sit back and laugh to myself thinking, “you’re going to regret that”. I was also told the Mets will deal Syndergaard and Wheeler… to the Yankees. I prayed every night, probably along with many other Mets fans, that the team would not be sellers at the deadline. Why would they? They traded away arguably their best prospect in Jared Kelenic for win now players. It wouldn’t make any sense to do so right?

When the trade deadline hit, the rumors were real regarding Mets starting pitching. Syndergaard and Wheeler were “definitely going to be moved”. I decided I would accept this fact and would have to move on with the consequences. Then, the Mets traded for Blue Jays ace, Marcus Stroman and the fan base was lost. The Mets disrupted the deadline, where many linked Stroman to the Yankees. To say the fan base was confused was a total understatement as I was wondering, “where is this going?” Well a report came out on July 31, that the Mets would NOT be trading away Noah or Zack and I leaped for joy. Could the Mets turn this season around? I did my best to stay hopeful.

Here we are now, heading into a weekend series with the rival Washington Nationals sitting at 59-56 as the hottest team in the game. Pete Alonso asked Mets fans on that July 31st morning to rally behind this team because it’s going to be memorable second half. Well so far, Pete you are spot on and this run has been as exciting as it gets. The Mets have won 19 of 25 games since the All-Star break and every player is playing a key role.

I don’t want to hear they are playing “bad” teams. This is Major League Baseball, any team can beat anyone and when you are playing teams that are struggling or does have as much talent, one must capitalize on it, to build ground in a playoff push. Pete Alonso is changing this franchise and I truly believe he is the next big super star in baseball, a star the Mets desperately needed in their lineup. Alonso has a homerun in 3 straight games, but is not the only one providing offense in this stretch. Michael Conforto is red hot and over his last 14 games he has hit .340 and has 7 homeruns during this span.

Jeff McNeill, I feel is the Mets unsung hero. If he continues at the pace he is on, he will finish with the batting title crown. McNeill is a special player an amazing competitor who I love to watch night in and night out. He currently is batting .308 during this run, but is on a power surge, having slugged 8 homeruns giving us Mets fan some Daniel Murphy vibes.

Mets starting pitching has lived up to expectation. Noah Syndergaard shut up all the doubters and showed he wants to stay in New York. He lowered his ERA from 4.68 to 3.98. Zack Wheeler and Steven Matz have also contributed in a major fashion. During Wheeler’s last start he pitched 8 shutout innings, which extend his scoreless streak to 15 innings.

Edwin Diaz has struggled this season and concerns over the closer roll are beginning to circulate. Mets reliever Seth Lugo has been pitching lights out this season with a 2.68 ERA. If push comes to shove and the Mets have a one run lead in the 9th inning, Lugo MUST come in. The team also brought in reliever Brad Brach from the Cubs for some bullpen help. The Mets have interest of bringing in St. Johns product Joe Panik, which hopefully will get him on the right track.

This run has been fun so far, as the Mets sit 0.5 games out of the second wild card spot. Mets fans, this could get interesting, so let’s buckle up our seat belts and enjoy this ride. LFGM!! YA GOTTA BELIEVE!!