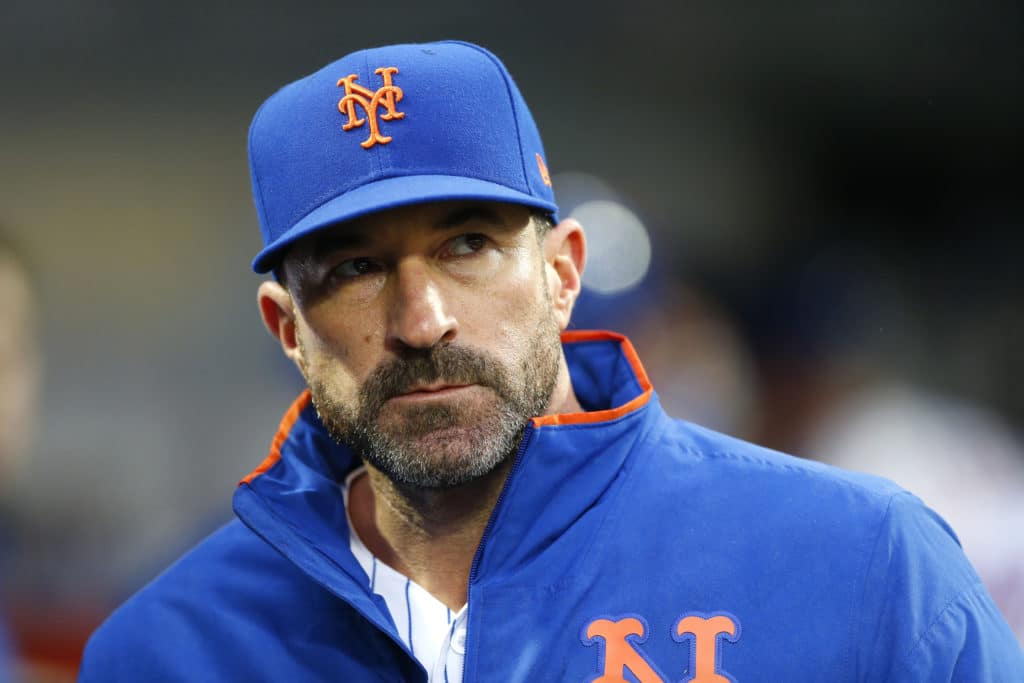 It’s official, the Mets season has rapidly unraveled and there is a giant mess throughout the entire franchise. With all of the Mickey Callaway firing rumors beginning to spread, General Manager Brodie Van Wagenen addressed the issue and announced today that Callaway will be the Mets manager now and going forward. With the Mets being 1-5 in their last 6 games, and having been swept by the worst team in baseball, I am worried. Now, The Mets received news that Mets Outfielder Yoenis Cespedes broke his ankle in a hole on his ranch down in Port St. Lucie. Umm…. WHAT!?! Is this a sign that the Mets season is falling into a hole? I pray and hope that this is NOT the case.

First, I am going to address this Mickey Callaway situation. I think all Mets fans including myself, want to see a change at manager. Though the players and front office may feel otherwise, it feels like a lost cause because there is nothing positive going on. This whole Robinson Canò thing is just absurd that Mickey is brushing it off like nothing is wrong. As someone who takes pride in baseball etiquette, I am pissed to see Canó’s actions go barely unnoticed. I think what bothers me most, is that the Mets were just swept by the Marlins. This one stings a ton and the Mets really have to take advantage of series like that. Before we know it, the all-star game will approach and the Mets could be in deep trouble. The NL East has not been that good, so now is the time for the Mets to win games before things blow up in their face.

Room to panic? Um YES! This news today is really rubbing salt in the wound and I am wondering what the heck is happening. I am done with Yoenis Cespedes, it is time to move on. He can’t play a season to save his life and it is honestly ridiculous. I feel bad for the guy, but as an extremely frustrated Mets fan, this frankly sucks. Back in 2015, Cespedes was an important part of the Mets World Series run and I am grateful for that, but he hasn’t really played since. There is 1 year left on Cespedes’ 4 year $110 million contract, and I highly doubt Yo will return to the Mets. There are even rumors he may even retire and I think it could be a real possibility. The Mets are clearly a better offensive team with Cespedes in the lineup and I was really looking forward to having him back in the lineup to hopefully spark a slumping lineup. Now that dream is not going to happen, and the lineup is going to have to step up immediately.

Yo’s injury is just some reassurance on how hard it is being a Mets fan. When a player who was already hurt after receiving surgery on both of his heels to remove calcifications, now injures himself while not being on a baseball field, it feels like everything is officially going wrong. I don’t want to jinx it because it can always be worse, but boy this season has been rough. I really don’t know what the future holds for the Mets right now, but I usually never do. Do the Mets need a new manager? Do the Mets actually need to abandon ship and actually rebuild? This second question I am totally against because we traded away some great players in our farm system for two all-stars, so hey let’s continue to play this out and I don’t want this past off-season to go by the wayside. This will all blow over and I will not give up hope, we will be fine. Mickey has yet to lose the team, and the players do respect him. Brodie has accepted responsibility for this season so far and I LOVE this from the general manager. A message is being sent to the team. Lets see where this goes… YA GOTTA BELIEVE!