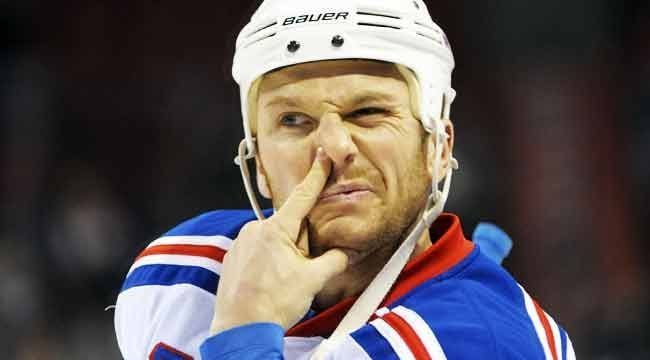 If we are being honest, the actions of Islander fans last night were a lot better than it could have been. Yes, J.T. was booed during his tribute video after having dedicated 9 years of his life to the Islanders and Long Island. Yes, there were “A-hole” chants, but at the end of the day no one got hurt and that’s realistically all that matters. I don’t condone either of those examples, but man, for a “tough guy”, Sean Avery is soft.

Overall, Sean Avery is an absolute clown for what he is saying about Islander fans and if you personally know any Islander fans I think you would agree. “You greasy Islander f**ks”, has got to be my favorite part of the rant…This guy is one to talk about being greasy, look at the dudes face, it literally looks like plastic. Let it be known that close to half of Ranger fans are from Long Island, so I guess he is calling them greasy also!

Another part I love is Sean praising John for never being arrested…. yes Sean, not being arrested qualifies someone as a good captain! Genius.

Hey Sean Avery, do us all a favor and go back to being irrelevant, just like the team you played for is now.