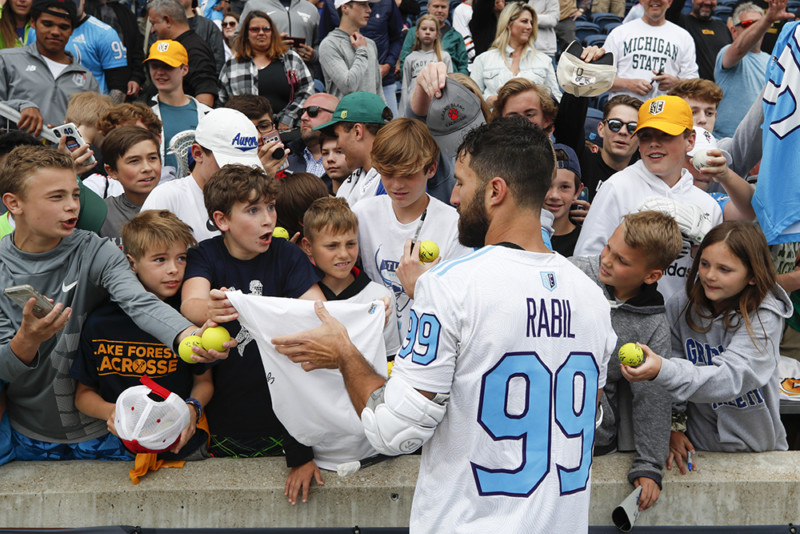 From July 25th to August 9th, the world will get to see the greatest lacrosse players in the United States compete in a 3-week Championship tournament. Eight teams will start the tournament but only one team will win. Here, the Nosebleed Lax Team gives their predictions for the Premier Lacrosse League Championship Series.

Isaac: Sergio Perkovic was one of the hottest players in the league towards the end of the season, and it showed that he can be one of the most dominant players when playing at his full potential. In the playoffs, Perk took a wing on faceoffs, got back on defense, and was an absolute threat offensively. I can see him having a similar role in this tournament, and if he does…. #RollWoods

Zack: Ryan Brown, I think he is a guy who didn’t necessarily get a lot of attention last year, and it could have had to do how the offense was set up because he didn’t get a ton of his usual time and room shots. Once Ryan gets into space, he’s not missing a shot. Watch out.

Isaac: As someone who was fortunate enough to attend a PLL weekend of games and spend time in the Premier Zone, it is saddening that there will be no fans in person for the PLL this year. With that being said, I expect the PLL team to absolutely blow expectations out of the water in terms of their on-screen product. As they have done before, the creative minds within the organization will no doubt be hard at work to bring lacrosse on NBC to as many living rooms as possible, and I am very excited to see what they can do.

Zack: As a proud member of the lacrosse community, it will surely be disappointing to the fans not being able to connect with the players on a face-to-face basis this season. The player to fan relationship in lacrosse is special. The opportunity the league has in Utah will show fans that lacrosse is still here and even though it may be different, the energy, the excitement, and the intensity is still there. As Isaac said, NBC will do a great job of showing their personality and doing a great job of making the fans feel like they are there.

Isaac: I know this is the “easy answer,” but Grant Ament is far and away the most talented rookie in this class. Not only that, but with Marcus Holman, Will Manny, and Tom Schreiber around him, I think that he will thrive with and without the ball in his hands, earning himself Rookie of the tournament.

Zack: I’m going to give a  hot take and say Matt Deluca of the Waterdogs, easily the best goalie in college lacrosse this past season. His size helps him take up most of the goal, but his quickness he has, even for a tall guy like him makes it even harder to score. Dude’s a beast.

Isaac: Rob Pannell has all the pieces to be the best player in the PLL. He’s got shooters around him in Ryan Brown and Paul Rabil, and has the skillset to draw a slide at will, and with the talent around him, I think he can lead the league in assists, and lead the Atlas deep in the tournament. In his first year in the PLL, I think RP3 will have an impact much like Rambo did in 2019.

Zack: Tom Schreiber, arguably the best player in the world. Constantly learning his teammate’s tendencies and trying to feed them the best he can. Might want to draw a slide early on him because he won’t miss much on the run.

Isaac: Redwoods. This team SHOULD be extremely motivated after losing the championship in overtime to the Whips in 2019 and have all the pieces to dominate.

Zack: Redwoods. The addition of Myles Jones will be a huge impact, having a big midfielder being able to dodge hard and draw defenders will make it easier for their loaded attack.