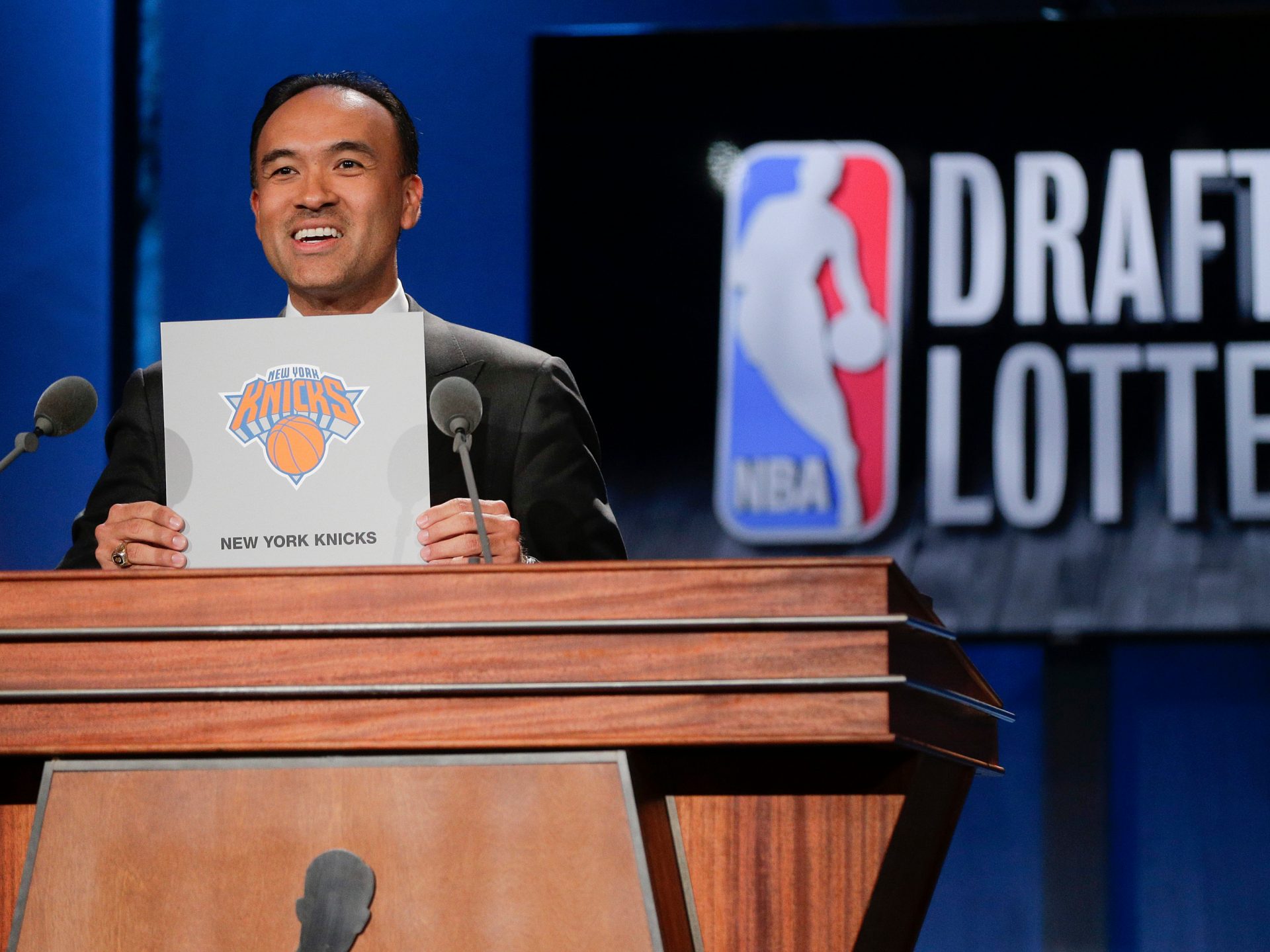 Well alright basketball gods, you probably hate the Knicks. This honestly sucks and I am so pissed. Of all teams, it had to be the New Orleans Pelicans. OF ALL THE TEAMS !!! It is so ironic that the Pelicans were talking about a potential trade with the Knicks for the number one pick for Anthony Davis. Now, they are going to have the both of them. Are we kidding? I am not over this, I wanted Zion so badly as did so many Knicks fans. This night will hurt, and hurt for a while because many of us did not really expect the night to go this way.

What is next? Will the Knicks end up with Duke’s RJ Barrett, who was the number two recruit out of high school? Barrett is a tremendous player, but when Zion went down with his injury did he step up in any way? No, not really and thinking about this makes me so nervous and angry. I for certain, thought the Knicks would end up with number one after the Bulls, Cavaliers and the Suns ALL fell out of the top 4. I would have put my life savings on that and thank god I didn’t. The Pelicans actually had a 6% chance at getting number one compared to the Knicks, 14%. I am in a state of disbelief right now as are the rest of the Knicks fan base. It feels as if we could not catch a break.

Where do the Knicks go from here? They now know their fate and will most likely have the opportunity to take Ja Morant or RJ Barrett. Personally, if were the Knicks I would be on the phone with the Pelicans tomorrow trying to trade for Anthony Davis. Why not go for it, put all of the eggs in the basket and just go for it all. Barrett is Zion’s former Duke roommate and best friend and if the Pelicans have the chance to land Zion and his best friend, who work very well together, why not do it? We all are aware that Davis ruined the Pelcians season as he requested for a trade because he does not want to be there long term and wants to win. He has also stated that he is interested in New York and would sign there long term. Does the Pelicans getting the number one pick now change the fact that Davis will stay? I don’t think so, as the organization did nothing for him. If I was Zion, I would also be pretty upset, the Pelicans never surrounded Davis with great player and his career suffered and I would hate to see this happen to Zion.  Now with the Lakers also landing a top 4 pick, this also may sweeten the offer of the Davis to L.A. deal and they have more assets to trade than the Knicks.

This all makes a lot of sense to me and now I wish the Knicks do trade for Davis all without giving up Mitchell Robinson. I believe they would have to do so, but again we do not know. Tonight also puts me on edge because we really cannot take anything for granted. We fans suffered for so long and many of us were dreaming when we thought we will be able to get Zion, but now this has become a nightmare. It is going to be okay, I really hope so and let’s continue to pray this all works out. Free Agency is coming and I believe this puts a ton of pressure on the Knicks to not mess this offseason up. Kyrie may not come to New York, Durant may not come to New York, but we really do not know what the fate of the franchise is and now, I along with thousands of other Knicks fans, sit here and wonder, what is next?