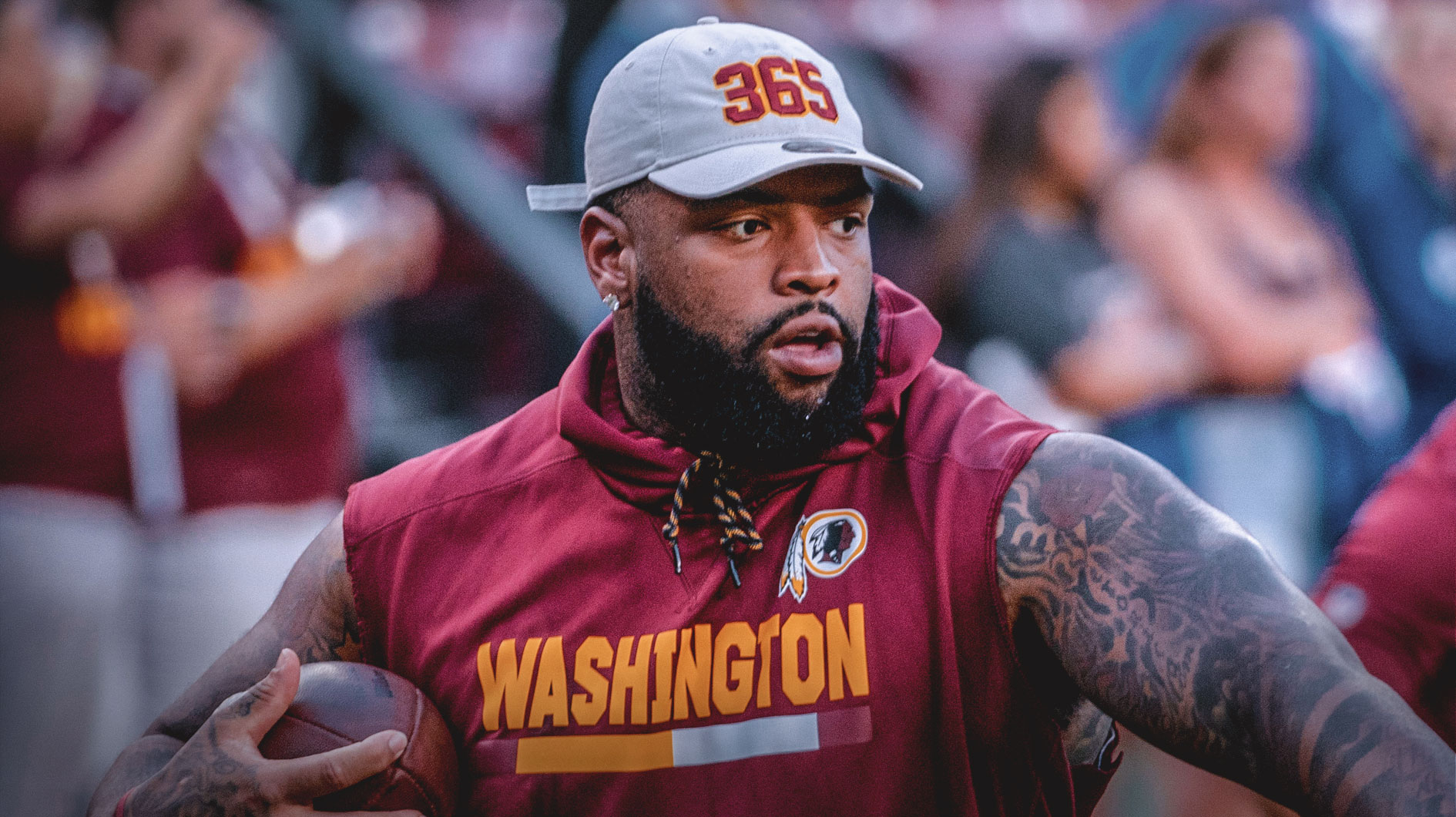 As Trent Williams continues to silently hold out. The Redskins have added tackles Corey Robinson and Donald Penn, who in Williams’ absence will compete for the starting Left Tackle position.

Robinson who spent three years with Detroit and started just nine games, bounced between the Panthers and the Jaguars last season starting one game but appearing in five in Jacksonville. Robinson is a graduate of University of South Carolina and comes to the entering his fifth year. Many believe he still has his best football ahead of him. The 6 foot 7 tackle, has gotten work with the first team in his first few days since joining the Redskins at training camp.

Donald Penn will join Skins camp as the tackle on this roster with the most experience. Since entering the league in 2007 he has started 174 out of 178 games. It seems that Penn who started four games at right tackle last season before going on IR with a groin injury will be the early favorite to start at left tackle if Trent Williams is not back with the team before the end of the season. He is yet to join the team but is en route to Richmond, VA for training camp. Offensive Line coach Bill Callahan today said Penn’s arrival will allow free agent signing Ereck Flowers and rookie Wes Martin to settle in at the LG spot as camp continues.

Williams who is widely regarded as one of the best tackles in football has not yet reported to training camp. There have been many alleged stories about Williams’ reasoning for not attending camp including his desire for a new contract,  he currently has two years remaining on his contract but has just $5.5M guaranteed over the next two years. Another reason that has been cited for his hold out is his displeasure with the way the Redskins’ medical staff handled an life-threatening injury scare he had this off-season. Although Williams’ camp has yet to make a statement, the Redskins players, coaches and front office have been adamantly stating their desire for Trent to rejoin the team.