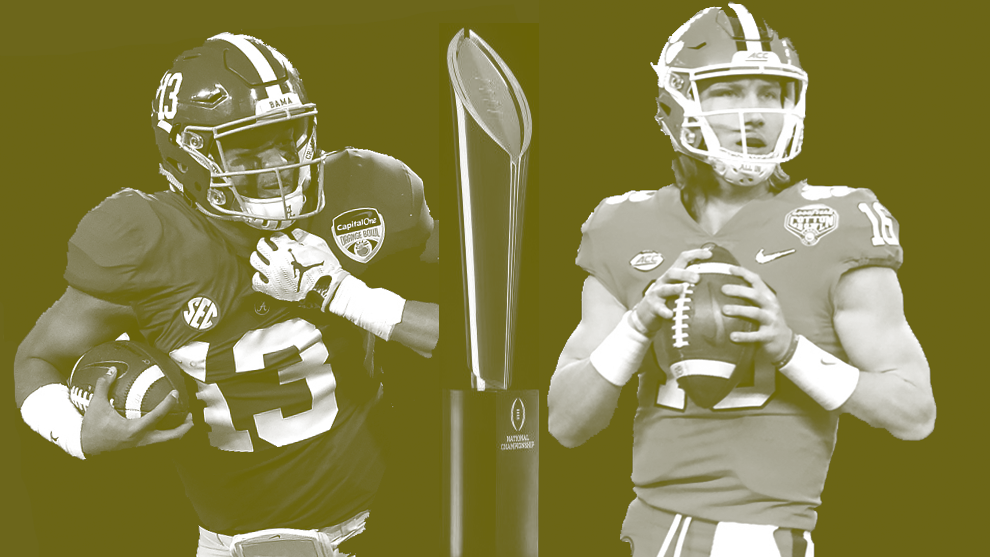 The national championship game is upon and for the fourth year in a row Alabama and Clemson meet (last year it was a semifinal) our CFB writers breakdown how we think this one will go and who will be crowned College Football’s 2019 Champion.

Tua and Alabama have looked unstoppable the whole year. But young gun Trevor Lawrence and their stacked defense will be their biggest test of the year. With Dexter Lawrence suspended I think this one will be a good old fashioned shootout. But Tua and Co. have been here before I’ll roll with the tide as the SEC remains king.

The final game of the college football season is finally upon us. Yet again, it’s the Tide and the Tigers. Both of these two teams dominated this year, and personnel wise are very similar. Yet, I don’t see this game remaining as close as the experts think. Clemson’s biggest weakness is their secondary. When Clemson played quality quarterbacks this year, they gave up chunk passing plays like it was their job. Without Dexter Lawrence, Clemson is going to have a hard time stopping Alabama’s rushing and passing attack. Bama pulls away in the fourth in California.

Aaron: This one is tough. Tua coming off the heisman snub has a lot to prove but i think it’ll be Quinnen Williams who will be the games most important and dominant player. Starting by slowing down Etienne and making it hard on Lawrence in the biggest game of his young career. No fear for him though as he will play in many of these in years to come. But Williams who will be the highest drafted player from this bama team this April will change this game and help his team win.

Ben: I hate to be follow the masses but Tua Tagovailoa was absolutely robbed of the Heisman. I know he had a rough SEC Title game, but he was the best player in the country this year and without playing in a quarter of the majority of his games. I think we see Tua light it up against a secondary that is subpar at best. Tua goes for at least 300 yards and 3 TD’s as he avenges his Heisman loss.