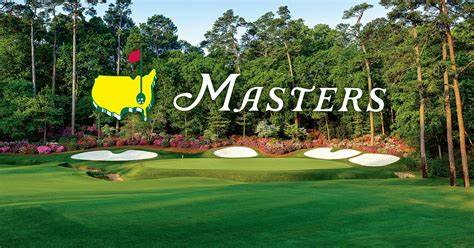 A golf tradition unlike any other, The Masters tournament is finally here, rescheduled from the first week in April for the first time in 86 years. Despite the unusual timing, and the lack of patrons (both due to the Covid-19 pandemic), The Masters will still look to intrigue with competitors, both old and new, looking to earn the coveted Green Jacket. Here, we preview a few of the contenders for the 2020 Masters. Before we get to the favorites, however: The defending champion.

Tiger’s 2019 win at Augusta National stands as one of the most iconic and legendary wins in the history of golf, bringing him full circle since the injury that almost ended his career. Few players are more familiar with the course, so never count Tiger out in this tournament. However, he has struggled throughout 2020, and his game isn’t where it was going into The Masters in 2019. Regardless, with his odds currently 18th in the field, watch out for his Sunday red.

Since Bryson’s win at Winged Foot for his first career major, the “Green Coats” at Augusta have been scrambling to find ways to slow down his “bomb-and-gouge” approach to golf, in which he has been outdriving the rest of the competition by 50-60 yards, sacrificing accuracy and fairways for the added power. While he appears to be approaching 400 yards off the tee box, it will be fascinating to watch him take on Augusta National. Will the man who has become a walking headline dominate another historic course, turning it into a chip-and-putt competition? Or will the “traditional” golf fans breathe a sigh of relief as he struggles with the difficult approach shots of Augusta? Time will tell.

What a run it has been for the World Number 1 in 2020, contending in tournament after tournament, earning the Fedex Cup champion and PGA Player of the Year. DJ has finished in the top 10 in the last 4 Masters, but hasn’t been able to break through just yet. His game is seemingly flawless, and looks just about right to be in contention for his first career major on Sunday at Augusta.

Like Dustin Johnson, Rahm had a great 2020 and there doesn’t seem to be a flaw in his game. He broke through for the top World Ranking earlier before DJ came roaring back, and at only 25 years of age, he still has plenty of time left to contend for multiple majors throughout his career. However, if he plays up to his potential this week, expect him to be in contention late into Sunday. Another important aspect of Rahm’s game is his ability to hit shots when he needs them most, such as his incredible putt on the playoff hole at the BMW Championship.

Justin Thomas is my personal favorite to earn himself the Green Jacket this week at Augusta. His only issue so far in his career is his inconsistency in majors, but his wedge and iron play as of late has been the best in the world, a key component to scoring well at Augusta National. If JT can play the Masters like he has other PGA events this year, he is another that expects to find himself on the first page of the leaderboard come Sunday.

Wolff, at 21 years old, doesn’t quite have the sample size to be high on this list, but in the two majors he’s played in, he has finished inside the top 5 in both. His distance off the teebox is second only to Bryson DeChambeau, and despite his recent struggles, has the talent to keep up with anybody else on this list. Another top-10 on his resume would be huge for Wolff as he prepares for the Masters, and don’t be surprised to see his name on the leaderboard at the 54-hole mark. It’s been 41 years since a golfer has won the Masters in his first appearance. Will Wolff and his unorthodox swing be the next to accomplish this feat?