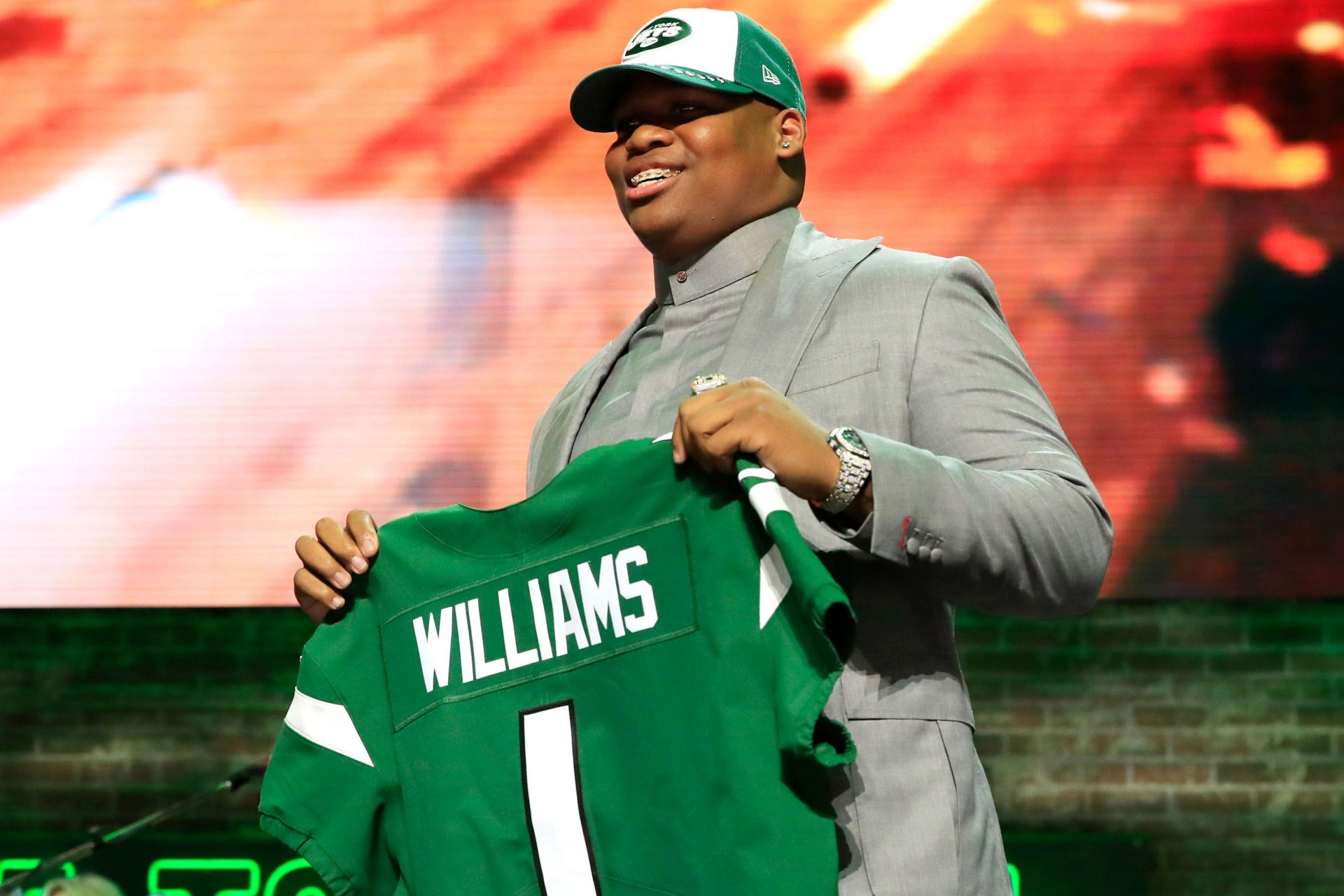 When the New York Jets were on the clock with the number three pick last night, they were in a position many people expected them to be in, with Kyler Murray and Nick Bosa off the board.  This is where the draft truly started, as the Jets had so many options to choose from and nobody really having a clue what they would do.

Everyone is aware that the Jets were working hard to trade out of this number three spot in order to accumulate more picks in the later rounds.  However, they wouldn’t have traded out for just anything and that was clear last night when they stuck to their guns and picked at three. At this spot it really was coming down to Quinnen Williams, Josh Allen or Ed Oliver.  The Jets have always been a believer in taking the best player available regardless of position and they did just that last night by taking Quinnen Williams.

Although an edge rusher may have been a more pressing need for the team, Williams was a consensus top two player in this draft.  This may remind Jets fans of the Leonard Williams pick just a few years ago, a defensive tackle who was the best player left on the board, and the Jets took him regardless of having a crowded defensive line.  Quinnen will find his spot on the line along with Leonard Williams and Henry Anderson, and will make an immediate impact. This was a quality pick by GM Mike Maccagnan and Jets fans should be pleased.

Looking ahead at Day 2 of the draft, the Jets hold two third round picks, 68 and 93.  Expect the front office to try to fill some needs such as edge rusher, offensive line and cornerback.  Some players to watch: offensive tackle Yodny Cajuste, edge rushers Chase Winovich and Oshane Ximines, cornerbacks Sean Bunting, Julian Love, Joejuan Williams  and David Long. Trading into the second round is always a possibility, but the Jets have a limited number of picks this year and a lot of holes to fill so I wouldn’t count on it.