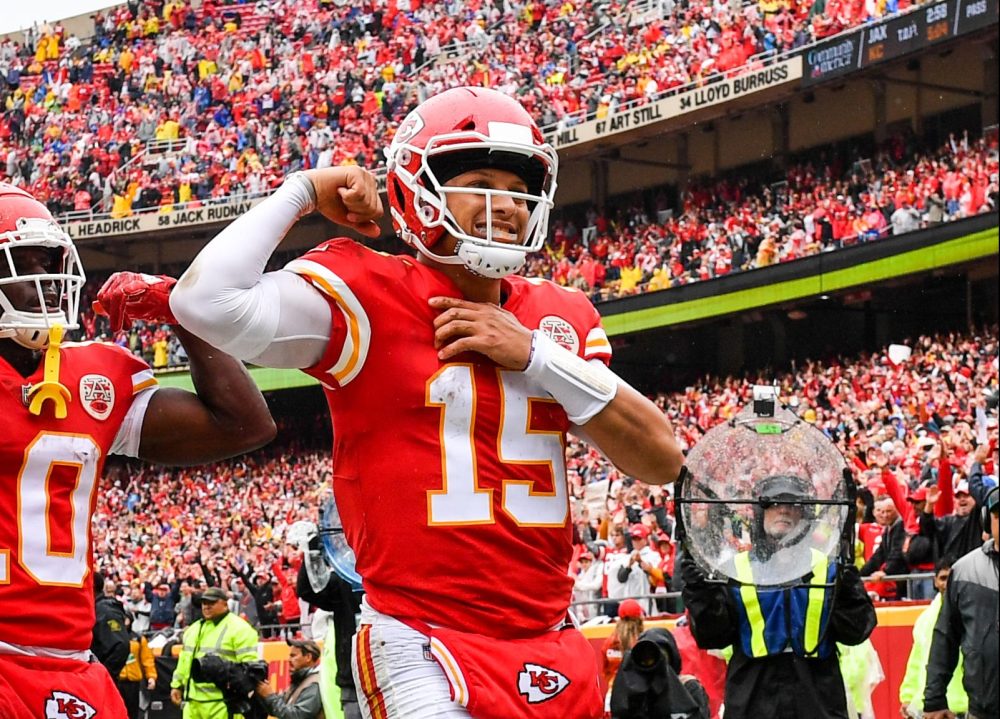 After a wild overtime game against the New England Patriots, Patrick Mahomes first full year as a starter has come to an end. For a team that had legitimate Super Bowl hopes, this loss really hurts right now, but there is so much to be excited about if you are a Chiefs fan.

To begin with, first year quarterback Patrick Mahomes had 50 regular season touchdown passes and 5,097 passing yards. Those numbers are remarkable, and it will be exciting to see how Mahomes could build off of this season. The big thing for the Chiefs is that Mahomes has two more years on his rookie contract and than his fifth-year option which the team will most definitely pick up. That is three more years before Mahomes will begin his next contract which will be a fortune. NFL teams best chances at a Super Bowl is when their quarterback is under his rookie contract, so that the team can allocate the rest of their money to stars that they could put around the quarterback. We are currently seeing this with the Los Angeles Rams, who in the offseason acquired as much talent as possible to make their Super Bowl push before Goff gets his contract.

Therefore, look for the Chiefs front office to be loading up on as much talent as possible the next few years. The offense is already loaded with Tyreek Hill, Travis Kelce, Sammy Watkins and others, but some added help in the secondary could be huge for the Chiefs defense. This team was one boneheaded play by Dee Ford away from reaching the Super Bowl, so clearly this team does not need much more to make the final step.

After the game last weekend, clearly Tom Brady and the Patriots have no plans for the dynasty to end anytime soon. However, they definitely know that Mahomes and the Chiefs are coming for them. In the two matchups this season, Mahomes did nearly all he could to earn wins, but the defense couldn’t make the stops at the end of the game. That is something we saw a lot this season when the Chiefs were playing big games. Once this defense could make the key stops at the end of these games, the Chiefs will be ready to take down the mighty Patriots. After year one as a starter, Mahomes is just beginning his dominance in the league.