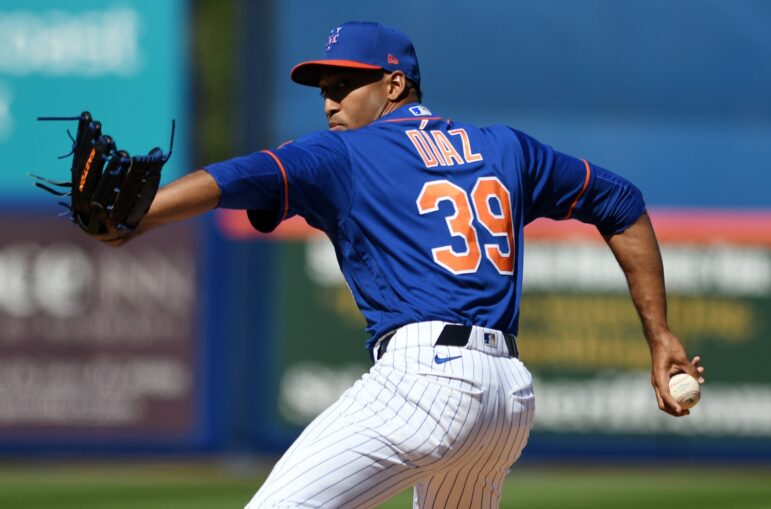 On December 3rd, 2018 Brodie Van Wagenen made one of the most controversial trades in New York Mets history. The Mets sent a huge package headlined by their top prospect, Jarred Kelenic for all-stars, Robinson Canó and Edwin Díaz. Looking back at it now, the Mariners stole one of the best prospects in all of baseball in Kelenic, as he is one of the star prospects in a loaded Seattle farm system and Canó and Díaz struggled in their first season for the Amazins. If there is one glimmer of hope for this classic Mets blunder, it’s that Edwin Díaz seems to have finally found his old self this season.

Although Díaz’s numbers were abysmal, they do not tell the whole story. His 2019 season was incredibly unlucky. Of the 58 hits he gave up 15 of them were home runs. When he was hit, he was hit hard. More advanced statistics back this up as well. Díaz’s FIP, which removes defense and luck with balls in play, was more than a full point lower than his ERA at 4.51. The most telling stats of this is his HR/FB rate and his BABIP. Of all of the fly balls Díaz gave up, 26.8% resulted in homeruns, by far an MLB high in 2019. Batting average of balls in play, one of the most telling statistics of luck, had Díaz with a .377 BABIP. This was 82 points higher than the league average.

Knowing this it was fair to assume that Díaz would have a bounce-back season. I mean, there was no he could keep being this unlucky? I know the Mets are unlucky but come on. Well, Díaz thankfully showed his value this 2020 season. Díaz’s HR/9 went down to 0.7, 0.1 off from his 57-save 2018 season. Along with this his ERA and FIP dropped to 1.75 and 2.18 respectively. Although his walk rate did increase to nearly 5 BB/9 he struck out an absurd 17.5 batters per 9.

What is shocking about his 2020 numbers, however, was his BABIP. You’d expect his BABIP to drop since his numbers returned to his true abilities, right? Well his BABIP was actually higher than his 2019 BABIP, standing at .381. This was due to his high infield hit percentage at 21.1%, which is 10 points higher than his original career high. Díaz’s HR/FB rate was cut in half at 13.3%. This shows that Díaz was able to create more weak contact with his pitches, opposed to his 2019 season where he was getting hit hard.

It is still unsure if Díaz will be the Mets closer in 2021. He was 6/9 in save attempts and walked a lot of batters, something you do not want to see with a closer. Díaz does, however, have the ability to be one of the best relievers in the MLB. He strikes out a lot of guys and he is not giving up solid contact when he does get hit, two things you like to see in a closer. If he finds some more control of his fastball/slider combo, he can possibly return to his once-dominant and feared self.