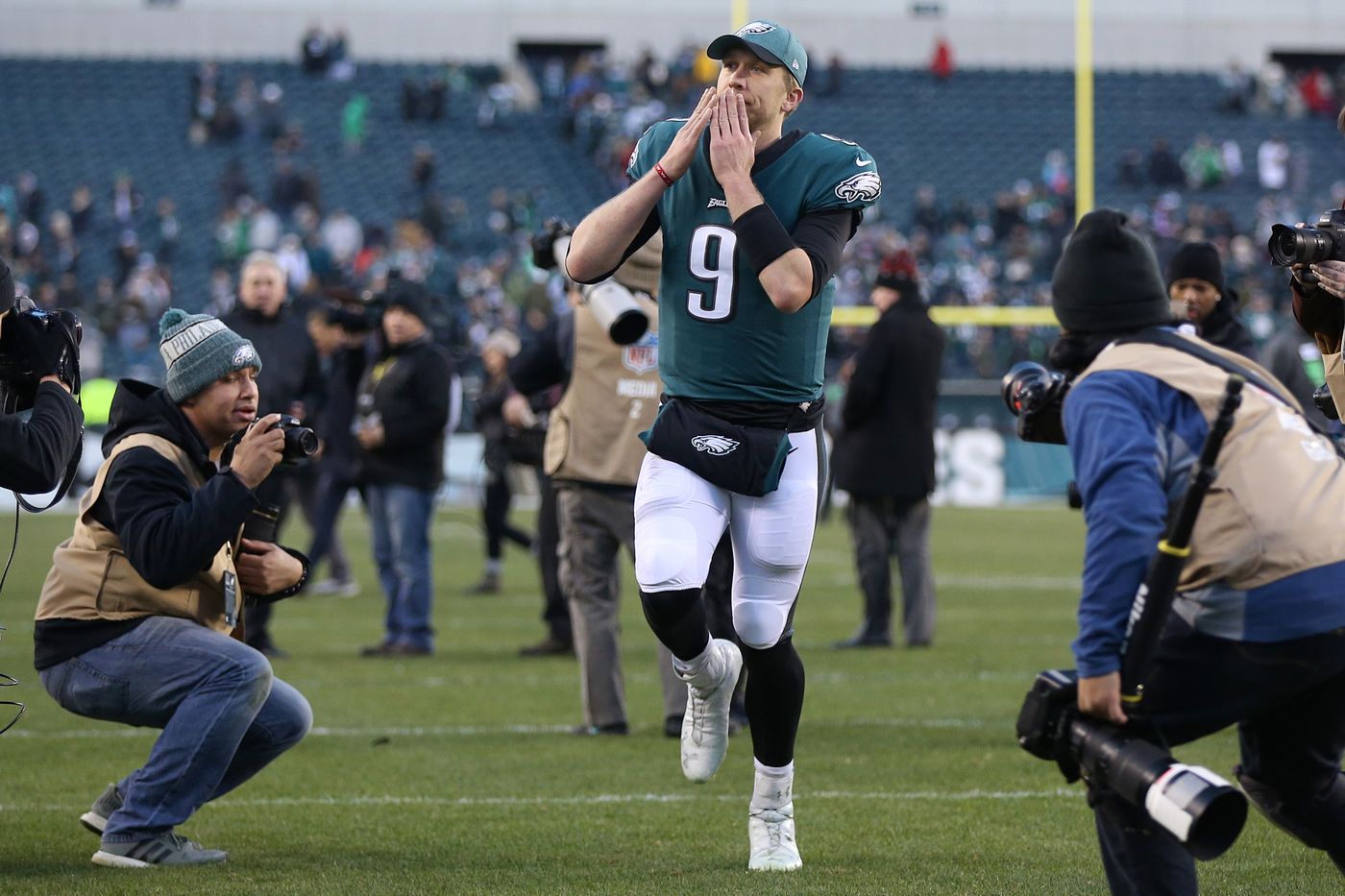 We never stop believing in Saint Nick, do we? Philadelphia Eagles fans sure won’t after Nick Foles did the unthinkable yet again and dazzled in a 32-30 win over the Houston Texans, saving the Eagles playoff hopes. Foles was incredible Sunday at Lincoln Financial Field, completing 35 passes on 49 attempts en route to a franchise-record 471 passing yards. This led to four touchdown passes for Foles to one interception and a game-winning drive to give the Eagles the victory.

Eagles coach Doug Pederson went back to what made this team so successful last season: fearless play calling. The Eagles went 4-for-4 on fourth down Sunday, including scoring of their touchdowns. On their first drive of the game, the offense stayed on the field for fourth-and-2 on the Texans 37 rather than opting for a field goal of 54-yards. Foles found Darren Sproles on a swing route out of the backfield and well, Sproles did his thing and found his way to the end zone.

After a bit of a wacky possession late in the second quarter, Foles found tight end Zach Ertz for their second fourth down touchdown of the game:

The thing this Eagles offense had been lacking this season was big plays and with an inefficient running game, Foles was going to have to do that with his arm. Foles uncorked a missile to Nelson Agholor, hitting him in stride for an 83-yard touchdown.

The Eagles ended up taking a 29-16 lead in the fourth quarter after the defense forced a fumble that led to another Zach Ertz touchdown. A failed two-point conversion in the second quarter and missed PAT by kicker Jake Elliott put the Eagles in the uncomfortable position of a thirteen-point lead. After the defense forced another turnover, this time stuffing the Texans of fourth down, the game looked like it was in the Eagles hands. But this is the Philadelphia Eagles were talking about, so it would be foolish to think things would be that easy. After a fumble by Josh Adams and a quick strike touchdown by the Texans, Foles and the Eagles offense went three-and-out. The legend of Deshaun Watson grew on the ensuing possession, with a beautiful touchdown pass giving them a 30-29 lead late in the game.

There was just one problem, Watson gave good ol’ Saint Nick two minutes and four seconds to lead his offense back down the field one more time. Failing to do so would cap off a disappointing season in South Philly and knock the Eagles from playoff contention. After a horrible kick return and starting the drive at their own 11, Foles faced a third-and-10 where he delivered a strike to Alshon Jeffery for a gain of nineteen while getting absolutely crushed by Jadeveon Clowney. We saw this last week by Foles on the deep completion to Jeffery with Ndamukong Suh barreling down on him, this time however Foles was forced to miss a play while down on the ground. After missing just one play, Foles returned to hit Ertz for his twelfth catch on the afternoon for a 20-yard gain before Sproles took a handoff sixteen more yards, the Eagles longest run of the day. This put the Eagles well into Jake Elliott’s field goal range, giving him his shot at redemption, and the win. (All of this can be seen in the below video)

I’m starting to think Nick Foles is a magic man. Foles has won eight games as the Eagles starter since Wentz’s ACL injury last season, including two straight against teams viewed in the upper echelon of the league this year. If the Eagles win next week at Washington and the Vikings fall to Bears, Foles will have capped off a second straight miracle run at the helm of the Eagles. Regardless of the Vikings outcome, a win against the Redskins gives Foles three straight to end the year and the Eagles, whether they were prepared for it or not, an official quarterback controversy heading into the 2019 offseason.