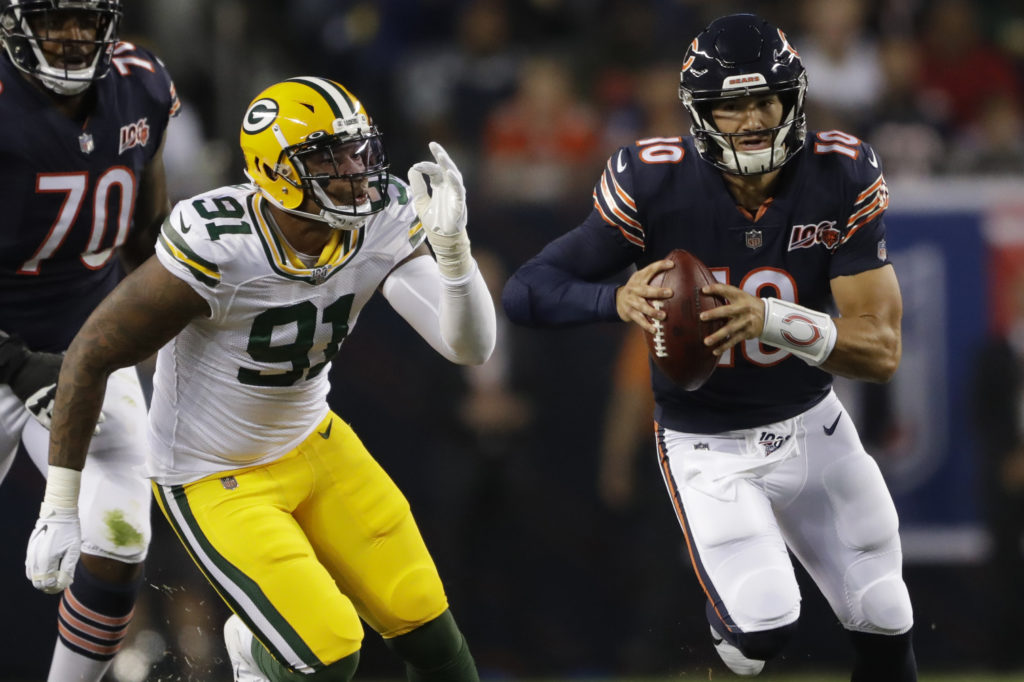 Boys Boys Boys, welcome to week two of NFL action. If you followed my picks last week you might be a bit frustrated with me… The Jets blowing the lead and having a missed PAT and field goal to lose, the Eagles allowing one of the worst back door covers on the last drive of the game, and to top all of this off, a tie between the Cardinals and the Lions. Total overall from week one was 1-4-1. That easily should have been a winning week for those bets, but welcome to the enjoyment of betting on the NFL. Let’s try this again:

The chargers are one of the most dominant teams in the AFC even without Melvin Gordon and that was proven last week with the play of Ekeler. The Lions were controlling their game until Larry Fitzgerald, David Johnson, and Kyler Murray decided to show up. Chargers will score first and carry that to a win.

This game depends on if this is one of the weeks that Mitch Trubisky shows up. David Montgomery showed promise against an improved Green Bay Packers defense. The Bears defense is also one of the most frightening teams to line up on that side of the ball. The under is also interesting, but I think Bears ML is a safe bet.

The Vikings have one of the best all around teams in the NFL. Yes, this game is the home opener at Lambeau, but I think the Vikings defense will be able to stop Davante Adams, Aaron Jones, MVS, and Aaron Rodgers. I also think the Vikings offense is going to run all over the Packers D, with Dalvin Cook looking healthy, Alexander Mattison changing up the pace and one of the best WR corps in the league; this team may be unstoppable.

This is a beat up Chiefs team right now. Mahomes hurt his ankle last week, Hill is done for 4-6 weeks and I do not think Lesean McCoy and Sammy Watkins have the same output they had last week. The Raiders are still trying to prove their worth and are playing with a chip on their shoulder after the whole Antonio Brown situation unfolded. I think Derek Carr and the Raiders offense keeps them in the game. This is going to be an absolute shootout and I’m picking the Raiders to out-shoot. Knock on wood if you’re with me.

We all know what happened last year when the Pats traveled to Miami. However, the Patriots looked amazing on all fronts in week one and the Dolphins did not to say the least. However, if the Dolphins decide to show up on Sunday they may have a chance for one of the biggest upsets in NFL history. A $10 bet turning into $100 in a blink of an eye is very enticing to me. I may be just throwing away $10, but I am willing to take that risk. This is the NFL… anything can happen.