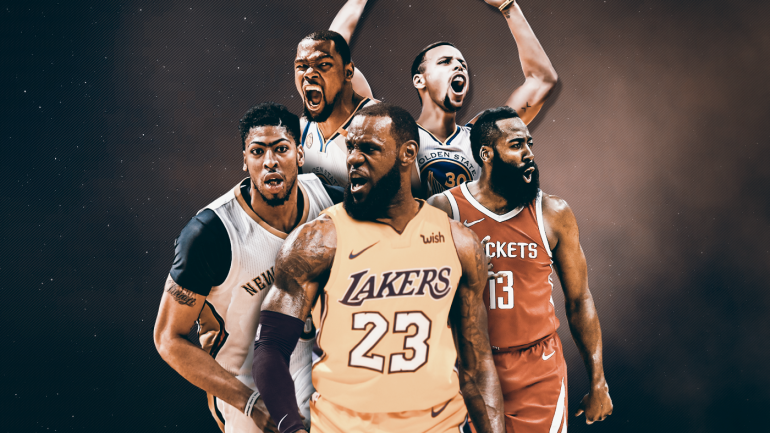 With the NBA season officially two weeks in, where does every team stand thus far?

All stats from basketball reference unless otherwise noted. Analysis for the top 10 teams only.

The early returns on trading for Kawhi Leonard have been outstanding for the Raptors. The play of Kyle Lowry too has been outstanding, but one note of concern: the bench does not look as strong as least seasons even with the addition of Danny Green.

Cheating a little here, but the separation between the Raptors and Warriors is really nonexistent. The Warriors only loss came in the form of a two-point road loss in Denver and their stars Steph and KD have come out of the gates on fire. The only question is when will Klay Thompson start actually making shots, as he has made just 5 of his first 35 attempts. Update: Headband Klay went off. That didn’t take long…

It looks like Mike Budenholzer figured out very quickly how to maximize Giannis Antetokounmpo’s massive potential: place as many shooters as possible around him and watch him do the rest. Giannis hasn’t really had a signature game yet, but he hasn’t needed to yet. The Bucks have the best point differential, at +16 on average per game.

The Celtics are smothering teams on the defensive end of the court, pacing the leading in most categories. Kyrie has not looked like himself the first few games, but he gets a pass for now after the injuries last season. Also, whatever the ‘it’ factor is that star players have, Jayson Tatum has ‘it’ and we’re just waiting for him to realize.

The Jazz have started 4-0 on the road, with a record of 21-4 over their last 25 regular season games. Rudy Gobert has improved on the offensive end and is showing us all how versatile he can be. It took a few games but Donovan Mitchell had a signature game against Houston, scoring 38 in the Jazz’s 11 point win.

If you ever needed a reminder about how much Anthony Davis means to the Pelicans, the Jazz game is a game prime example. In their first loss of the year, the Pelicans were absolutely dominated with Davis missing the game. The team better hope he doesn’t miss many games this season as already, the have a plus 20.8 net rating per 100 possessions with Davis compared to minus 16.8 when he is off the court.

Beneficiaries of a relatively easy early-season slate, the Nuggets have gotten off to a hot start. Having Paul Millsap healthy makes such a big difference for this team, but the continued improvement of Nikola Jokic’s game is the difference maker. This might finally be the year he gets not only an all-star game selection under his belt, but he may force himself into the MVP conversation.

The Pacers have come out of the gates blistering from beyond arc, shooting 44.6% as a team. One story that could become interesting as the year progresses is what does the team do with Myles Turner? Headed towards restricted free agency soon, Turner is currently being outscored and outrebounded by Domantas Sabonis, who is playing fewer minutes. It will be interesting to see if Sabonis starts to get more of Turner’s minutes. The Paul George trade continues to look bright for Indiana.

The torrid start for the Pistons, and mainly Blake Griffin wasn’t going to last. The team got blown out by the Celtics with Blake shooting 2 for 13 from the floor, handing them their only loss thus far. The Pistons can find themselves firmly in the playoff race in a few months if they can play at a level in between their four wins and the Celtics game consistently. To do so, they may need help on the wings with Luke Kennard and Stanley Johnson not showing much in terms of development.

Damian Lillard and co. have been on a mission thus far offensively, having the third-best efficiency on that end of the floor. Lillard can stay in the MVP race by continuing to put up insane numbers offensively and keeping the team in the top half of the Western Conference. With a few of the regulars struggling, pay attention to Zach Collins as he continues to grow and could become an important piece moving forward.