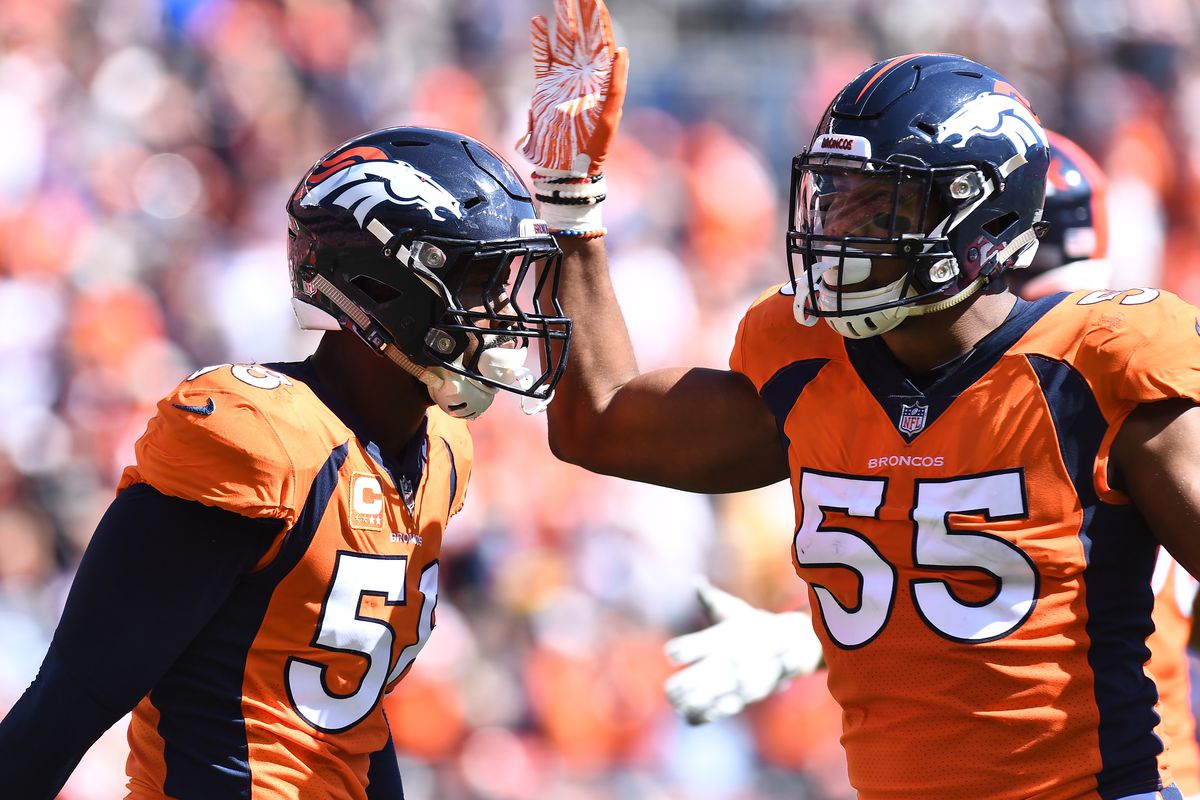 In the 4th part of our segment, I will be breaking down the top-5 defensive lines that will not only cause havoc, but will be doing so after disappointing last season. This won’t include the power houses like Chicago and the Los Angeles Rams. With plenty of teams making offseason moves both in free agency and the draft, I’ve compiled my five favorite defensive lines that are set to lead their defense to a playoff berth.

Cleveland has been the theme for the very first week of football being back, and for good reason. With plenty to be excited about for almost every team, (the Dolphins are an exception), there hasn’t been more hype around a team than Cleveland. However with so much talk surrounding Baker Mayfield and Odell Beckham, their defensive line is something that’s been overlooked. With Myles Garrett entering his third season and after posting 13.5 sacks and 29 hits on the quarterback a year before, you have to feel good if you’re a Browns fan. The former number one overall pick lived up to his hype after an injury riddled rookie season and looks to build off that with a lot more help surrounding him. Additions of Sheldon Richardson and Olivier Vernon, along with the return of Larry Ogunjobi makes this a stacked line across the board. Ogunjobi has a breakout season last year, posting 5.5 sacks combing him with Garrett for a total of 19 between the two, and adding Sheldon Richardson to help out in the middle makes it a hard tandem to beat. Then you look at Vernon, who will be Garrett’s counterpart, who has averaged over 1 sack per 2 games for his career. A veteran presence who prior to last season, had 70 sacks in 60 games played, including 16 in his final season with New York where he only played in 12 games. The past two seasons he has dealt with health issues, but with the new look Browns, if all the cards fall right in terms of health, may be the best defensive line in the league, perhaps only behind Chicago in league rankings.

There was a point in time where I never thought I’d have to put the Broncos on a most improved list as long as Von Miller was on the team, but here we are. After Ranking 13th in points allowed per game and 22nd in Yards allowed per game, Denver hopes to get back to their true identity that won them a Super Bowl a few years back. Let’s state the obvious here; Von Miller is still a stud. Perhaps the best defensive pass rusher in the game still, and you have to feel good about how Bradley Chubb finished his season rather than how he started it. Their interior linemen starters expect to be Derek Wolfe and Adam Gotsis and although you may have overlooked them, remember the new head coach is none other than the guy who helped form Chicago into the number one defense last season, Vic Fangio. With him calling the shots, you have to expect this defensive line will be completely rejuvenated into what it once was, if not better.

There shouldn’t be much to explain here. The Packers added Preston Smith from Washington and Za’Darius Smith from Baltimore during the offseason. That alone is an immediate improvement landing proven players in the prime of their careers. Those two join an already young and improving line that consists of rookie Rashan Gary, and last year’s sack leader for the Packers Kyler Fackrell. The Packers took a hit releasing defensive tackle Mike Daniels as they elect to go with Kenny Clark on the interior but with all of this star power surrounding him on the edges, this is going to be a scary pass rush. Take it from me, someone who couldn’t be more proud than to despise the Packers for over the past 18 years of my life, and even I have to admit this defense is absolutely loaded in the front 7.

The Lions are the odd team out in this list because they actually exceeded expectations last year finishing 11th in the league in sacks, and 10th in Yards allowed. Yet anytime you add a player like Trey Flowers to the edge, especially on a team that was as bad as Detroit last year, I can’t go without mentioning them. Head coach Matt Patricia seemed to be a defensive guru in New England with the exception of the Super Bowl game against Philadelphia, but there is a lot of confidence in his vision from GM Bob Quinn, and for good reason. While the offense seemed to have one thing after another go wrong, their defense did a tremendous job keeping them in almost every game. No one on the team last year logged more than 7.5 sacks which should change with the addition of Flowers. More recently, Detroit signed Mike Daniels to go alongside Damon “Snacks” Harrison, who may be arguably the best interior defensive lineman in the league today. I’ll take Harrison, Flowers, and Daniels any day of the week and twice on Sunday, then add in the rotation of rookie 4th round pick Austin Bryant out of Clemson, second year player Da’Shawn Hand, and Romeo Okwara, and you easily have a top-10 defensive line in the league.

The Skins have made it clear buffing up their defense is their priority. However Landon Collins isn’t the addition that gets me excited, the excitement is in the front 7. Washington already had four guys with at least five sacks in 2018, including 13 from edge rusher Ryan Kerrigan, so the line is already a force to be reckoned with. Washington then follows that up by drafting Montez Sweat out of Mississippi St, who many analysts, including myself, expected to be taken early on in the first round. Sweat brings elite speed around the edge which compliments Kerrigan perfectly. In the trenches you have Jonathan Allen, Da’Ron Payne, and Matthew Ioannidis, who all combined for a total of 20.5 sacks in 2018. With Reuben Foster not likely to face a suspension in 2019, this defense is ready right now. I can’t help but point out how many people are already writing off the Redskins in 2019, but this team is loaded with stars. What’ll come with the offense is uncertain, but Washington will drastically improve upon their 2018 defensive rankings and it’ll be interesting to see how other teams in the East fare against this pass rush.

Hibitual Process truster. King of Debates. Knows every stat about every player to touch an NFL field. Professional fantasy expert. Contact @sky_wiercioch on twitter for must starts in your fantasy lineup. I don’t care if we went 0-16 I’ll be at the parade in Detroit when we win the super bowl.