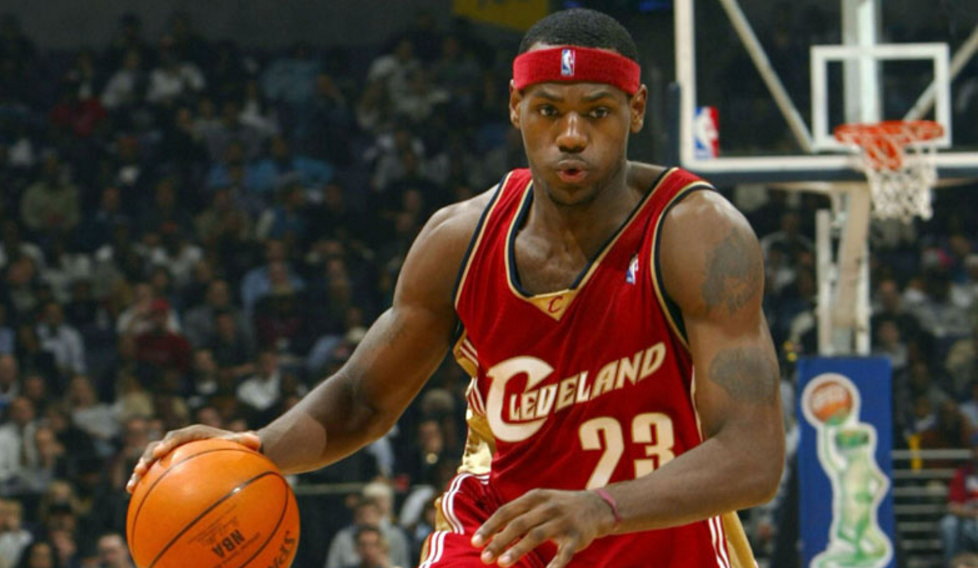 Every general manager wants to draft the younger players in the Draft because they have a lot of upside and the possibility of becoming the team’s franchise player for over a decade. Obviously, some players take a little longer before actually being able to make an impact on the court. It’s difficult enough for a teenager to even make the NBA and of those who do, only very few are actually ready to handle a significant role. However, we’ve seen some vastly talented teenagers take the league by storm since the opening’s night tip-off. Here are the top 5 seasons by teenagers in the NBA:

Irving demonstrated at an early age that he was a force to reckon with in the league. Kyrie was the #1 pick that year, just an offseason removed from the infamous departure of LeBron James. The Cavalier team headlined an aging Antawn Jamison and a rip protector in Anderson Varejao. Not very impressive. Irving finished the season leading the team in points, assists and free throw percentage. His 18.5 points per game are the most by a teenage point guard and was good enough to earn him Rookie of the Year in 2012. His presence and maturity on the court that year made him seem like a 10 year vet and is why he made the top 5 over other big names such as Andrew Wiggins and Kobe Bryant.

The year before moving to OKC, the Seattle SuperSonics drafted KD aka the Slim Reaper, out of the University of Texas #2 overall, right after Portland chose Greg Oden at #1. If only Portland knew that KD would be an NBA MVP and Greg Oden would be working for Ohio State 10 years later. Durant surprised most people with his production in his first year with his small frame and the fact that he couldn’t complete one rep on the 185 bench press. In his first year playing in the league, while he was very skinny, he used his length to his advantage in terms of scoring on mismatches on the offensive end. He went on the average 20.3 points that season which is only behind LBJ and Melo for most by a teenager in the NBA. He went on to start 80 of 80 games played and led his team in scoring, steals and free throw percentage.

While many thought LeBron might be the best teenage NBA star, he lands at #3 on this list. By far one of the most dominant forces the NBA has ever seen, King James made a statement his first year in the league. It started as a storybook beginning when LeBron James was selected #1 overall in the 2003 draft by his hometown Cavaliers. He seemed like the savior Cleveland needed and looked to be in his freshman campaign in the NBA. James led his team in minutes per game, points per game and steals per game. His 20.9 points per game is only second behind another teenager in the 2003 draft class. I have the ultimate respect for LBJ but he isn’t higher on the list due to his efficiency, win shares and turnover percentage.

This might be a shock to most people since LeBron won rookie of the year over Anthony. However, Anthony had the second best season out of all these players. Like most of the players on this list, their teams we not very good. Every player on this list was a top #3 pick in the NBA draft. Nonetheless, Melo was the only player to have a winning record and bring his team to the playoffs. In addition, Carmelo Anthony averaged the most points by a teenager with 21 a game. Even in his Rookie year Carmelo showed he was an elite NBA scorer.  One of the most lethal scorers in NBA history, he had 6 games that season where he scored 35 points or more, including a 41-point outburst against Ray Allen and the Seattle SuperSonics.

Luka Doncic has had the most sensational season by a teenager in NBA history. His rookie season has not surprised myself and many others; however, some of his accomplishments in just 57 games is unheard of. He is the only teenager to have a 30 point triple-double and has 4 out of the 5 triple doubles by a teenager in NBA history. His ability to score at will and find the open man in the halfcourt is uncanny. He currently holds the highest player efficiency rating by a teenager & leads his team in points, assists, rebounds and steals per game. His combination of size and awareness have allowed him to thrive in his first campaign in the NBA. Luka’s ability to dominate in the main three categories: points, assists and rebounds are the reason he is number 1 on this list.