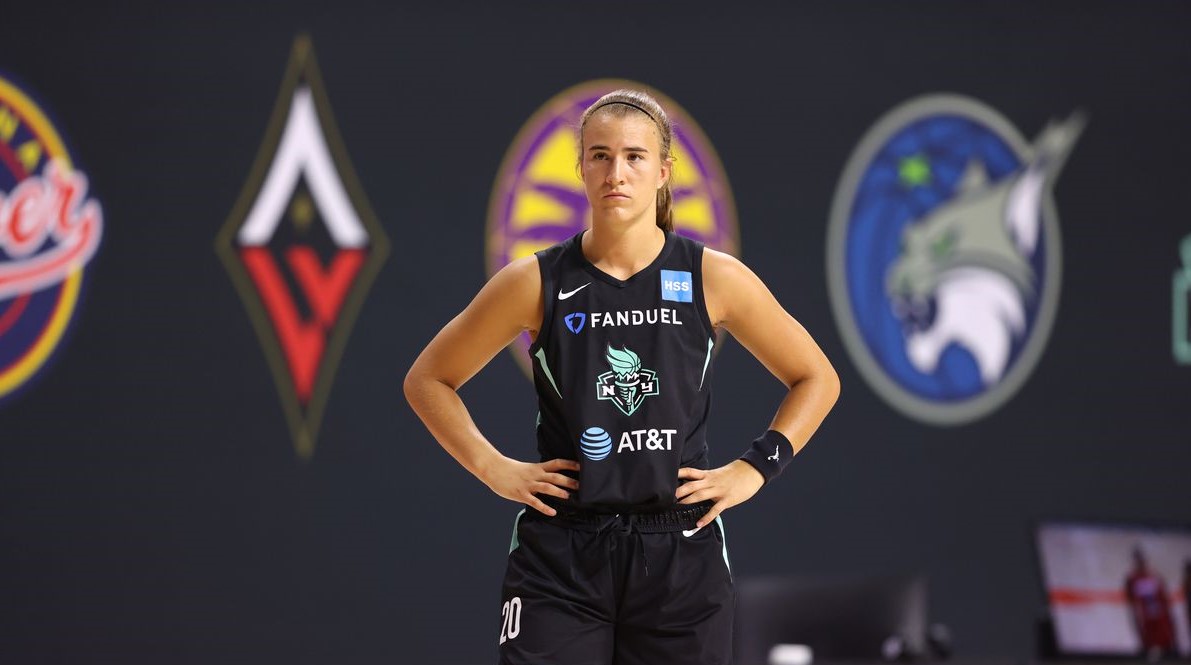 After appearing in only three games this season, WNBA rookie sensation Sabrina Ionescu is already making an impact both on and off the court for the New York Liberty. Here’s how:

First order of business, Ionescu, had high hopes going into the WNBA and was projected to be a high draft pick in 2020 following her senior year at Oregon. She received numerous honors throughout her college tenure, winning back-to-back John Wooden Awards; back-to-back-to-back Pac-12 Player of the Year Awards; and Naismith Player of the Year in her senior year; she also won the Honda Sports Award which recognizes the nation’s best female college athlete. During her college career, she paved her own Oregon Trail, attracting national attention to the women’s team. In doing so, Ionescu guided Oregon to the Final Four in 2019, narrowly losing to the eventual champion Baylor. In addition to all her awards and accomplishments, Ionescu is the NCAA’s all-time leader in triple-doubles. Her resume stands out as one of the greatest in NCAA history.

After her illustrious collegiate career, she was selected first overall in this year’s WNBA Draft by the Liberty. Upon being drafted to a rebuilding franchise, Ionescu has been circulated by high expectations in leading them back to their competitive form they were just a few years ago.

In her WNBA debut against the Seattle Storm, she scored just 12 points, and recorded 6 rebounds and 4 assists in 34 minutes on the floor; she shot just 4-17 and 0-8 behind the arc in the 87-71 opening night loss. Following the game, a close friend of hers called her up to go over what went wrong in her first game.

The following game against the Dallas Wings, Ionescu scored 33 points with 7 rebounds and 7 assists in 34 minutes; she shot 11-20 overall and 6-10 from three-point range in the 93-80 loss. Ionescu became the first Liberty player to record 30 points, 5 rebounds, and 5 assists in a game in the last five seasons.

She started the very next game against the Atlanta Dream picking up where she left off, scoring 10 points, 1 rebound, and 1 assist in her first 12 minutes. But then….

She left the game with her team trailing 29-27 in the second quarter. The Liberty lost the contest 84-78, falling to 0-3. X-Rays results of an ankle fracture were negative, but it was revealed that she suffered a Grade 3 ankle sprain and that she would be missing about a month. Thankfully, doctors believe Ionescu will not need surgery, but she will be seeing an ankle and foot specialist during her recovery process.

In the first two games during her absence, the Liberty lost to the Phoenix Mercury and Minnesota Lynx in two 25+ point losing efforts (29 and 26 points, respectively). Unless the score differential during her absence is coincidental, this shows how much her presence means to the team.

The Liberty, however, won their first game of the season yesterday against the Washington Mystics 74-66 after an 0-5 start, and were led by a 17-point performance by WNBA All-Star Kia Nurse. Now it’s great to see the team get a win without the help of Ionescu, but don’t let this lead you to believe that team can successfully carry on in the long-term without her. Remember when the 2018 Knicks (23-30), who were barely in the playoff race in a subpar Eastern Conference, lost Kristaps Porzingis for the season due to tearing his ACL? The team did win some games in the wake of losing their young star, but very few (6 wins in their last 29 games).

The Liberty have 16 games left to play in their 22-game shortened season and would sure love to see Ionescu return to the court before its end and, assuming she does, pick up right where she left off.